In a time of nCoV, Thailand not in panic mode | Global News
Close
menu
search

In a time of nCoV, Thailand not in panic mode 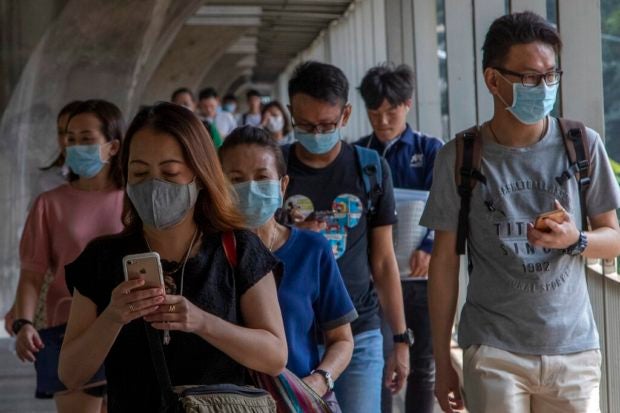 BANGKOK — I was still recovering from a nasty bronchitis when I read about the “bat-eating Chinese people in Wuhan” who eventually contracted flu-like symptoms around the first week of January.

I was a bit worried because I traveled to Taiwan in December and got sick a day after.

Anyway, it was only bronchitis. But the SARS (Severe Acute Respiratory Syndrome) pandemic still haunted me, even 18 years after.

I was a post-graduate student in Seoul in 2002. Internet connection was sparse and information was limited. I developed a pneumonia after I came home for the Christmas holiday.

Thankfully, I recovered with the help of antibiotics and my grandmother’s cornucopia of traditional medicines. It was only after a month, when my university sent me an email canceling our summer session due to SARS.

I realized the possibility that I might have contracted the virus en route to the Philippines. I did not remember the government calling the attention of people who traveled in Asian countries and returned home developing symptoms. Even before, the  Philippine government was inept when it comes to health and safety concerns.

As of this writing, 25 cases had been added to the previous 19 cases reported in January. Seven of these recovered and one remained in critical condition.

Last Feb. 1, the Public Health Ministry also confirmed that Thailand has its first case of human-to-human transmission. A taxi driver, a Thai man who never visited Wuhan, had contracted it after driving a Chinese national to the hospital. A Korean woman who traveled to Thailand but not in China was infected. Nineteen of the cases were confirmed before the World Health Organization declared nCoV as a global health emergency.

So far, no tourists from other countries have reported infections.

Thailand remained open to flights arriving from China, except those from Hubei Province, where Wuhan City is located. As a tourism hub in Southeast Asia, Thailand is hit hard by China’s self-imposed travel ban. In a Bangkok Post report quoting Thanavath Phonvichai, president of the University of the Thai Chamber of Commerce, Thailand could lose an estimated 80-100 billion baht in tourism income.

At Pratunam District, a well-known location of markets and chains of hotel, the effect of nCoV on tourism is visible. It is no longer bustling with busloads of Chinese tourists. Tourism in Phuket, Chiangmai and Pattaya are also affected. Of course, there are still tourists from other countries not bothering to wear masks despite pollution in Bangkok.

Since December 2019, the capital city, as well as Nakhon Ratchasima where I am based, have been battling air pollution. The atmospheric particles produce a hazy-like environment. Some primary schools were closed down for days due to pollution. Yes, we are more worried about the pollution.

Last Tuesday, Feb. 4, Thailand has finally evacuated 138 Thai nationals from Wuhan. The chartered flight was sponsored by Thai Air Asia. Thai Air Asia flight FD 571 arrived at U-tapao Airport in Rayong. They will be quarantined for 14 days at a navy resort near the Royal Thai Navy base in Sattahip District, Chonburi, while those who have symptoms are immediately treated.

Despite the increasing number of cases, the Thai people do not panic. But in many pharmacies and convenience stores in key cities, masks, hand-sanitizers and alcohol are already out of stock. This prompted the Internal Trade Department to limit face masks purchases to 10 pieces per person which is considered enough for 15 days. The department also warned hoarders or price fixers of jail time and fines under the Price of Goods and Services Act of 1999.

Why are we not in panic mode in Thailand?

First, Thailand’s health care system ranked sixth best in the world in 2019. Most Thais and foreign workers are covered with health care benefits.

Second, the Thai government, particularly the politicians, do not meddle with the health sector except to regulate prices of medical supplies.

In a statement sent to the Royal Thai Embassies around the world, Prime Minister Prayut Chan-o-cha stressed that the government would give the situation based on facts and this principle: “The lives and health of the people are the most important.”

While we are confident of the Thai government’s response to nCoV, the world is watching the Philippines, where the first nCoV death outside China was reported. A third positive case was confirmed Wednesday.

As a labor exporting country, the Philippines faces a more complex dilemma. The recent budget cut to the health sector exacerbated health problems.

Thousands of overseas Filipino workers in mainland China, Hong Kong, Macau and Taiwan are in danger of contracting the virus and losing jobs if the outbreak continues to spread.