The index ranks 180 countries “by their perceived levels of public sector corruption.” 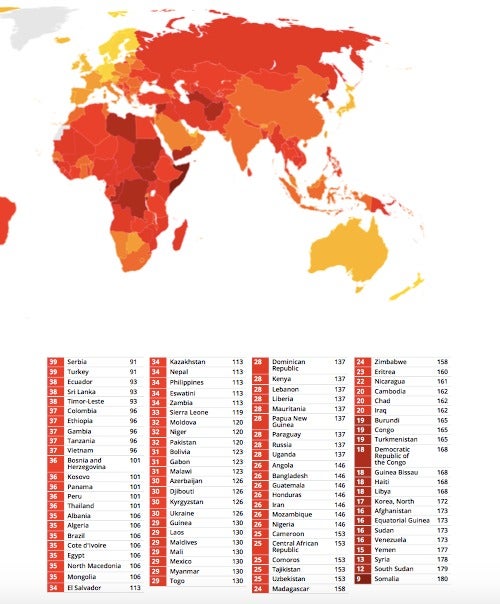 The Asia-Pacific region, where the Philippines belong, has an average score of 45, Transparency International said.

It pointed out that the Asia-Pacific region “performs only marginally better than the global average” despite it being often seen as “an engine of the global economy, in terms of political integrity and governance.”

“Many countries see economic openness as a way forward, however, governments across the region, from China to Cambodia to Vietnam, continue to restrict participation in public affairs, silence dissenting voices and keep decision-making out of public scrutiny,” the watchdog said.

“Given these issues, it comes as no surprise that vibrant economic powers like China (41), Indonesia (40), Vietnam (37), the Philippines (34) and others continue to struggle to tackle corruption,” it added.

According to Transparency International, its latest index revealed that “a staggering number of countries are showing little to no improvement in tackling corruption.”

“Our analysis also suggests that reducing big money in politics and promoting inclusive political decision-making are essential to curb corruption,” it added.