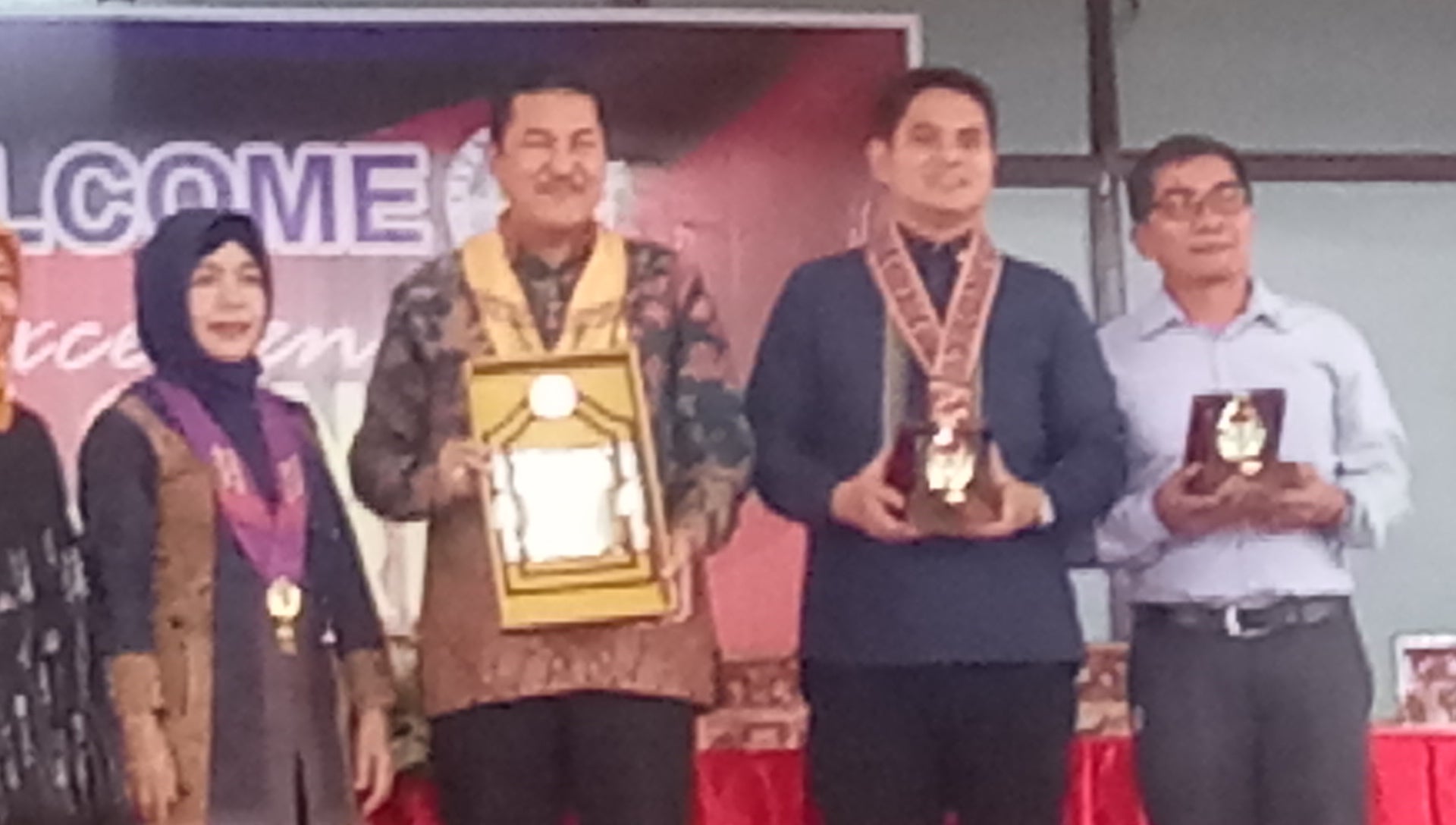 Indonesian Consul General Dicky Fabrian talks at a gathering of students from different schools of Davao del Sur, where he urges them to study in Indonesia for one year. ELDIE AGUIRRE

DIGOS CITY—Indonesian Consul General Dicky Fabrian urged students and faculty members of schools and universities here to avail themselves of a one-year scholarship program being offered by the Indonesian government to Filipinos in 2020 to bring about cultural exchange between the two countries.

Fabrian, who addressed students from different Davao del Sur schools at a Cor Jesu College (CJC) gym, said the scholarship program would also give Filipinos a chance to know more about life in Indonesia.

The Indonesian consul also said that aside from the one-year scholarship, the Indonesian government would also accept proposals from Philippine educational institutions for study exchange programs.

Fabrian invited Filipino students to visit the Indonesian consulate in Davao City and inquire about the scholarship programs.

“We are just an hour and 20 minutes apart,” said Fabrian.

He said he believed in a statement made by Philippine President Rodrigo Duterte that “we are blood brothers”.

“Our looks and figures are almost the same. You can tell one nationality from another only when we open our mouths and yet we also have lost of words in common in our local languages,” he said.

He said he had fond memories of the Philippines as a young boy.

“I maybe an Indonesian but my heart is here in the Philippines,” said the Indonesian consul general whose father had studied in Manila in the 1970s.

To repay Filipino kindness toward him and his family, Fabrian said he thought about the scholarship program that goes with free air fare and provision of “other expenses so that you could observe life in Indonesia.”

He said one of his fondest memories about his father’s stay in Manila was when he received from his father a Barong Tagalog and a record of the song “Dahil Sa Yo” when his father returned to Indonesia.

Fabrian said the Indonesian government wanted to start business with the people of Digos City, adding that Indonesia’s only investment in Mindanao was in Tawi-Tawi.

Fabrian met with members of the Filipino-Chinese Chamber of Commerce and Industry in Davao del Sur on Wednesday (Jan. 22) to discuss possible trade and business opportunities between the Philippines and Indonesia.

He said he also planned to hold an Indonesian Trade Exposition in Digos in 2021 to increase awareness about trade and business opportunities in Indonesia.

He said durian and pomelo in the Philippines may be sweeter and tastier compared to those in Indonesia but he took pride in Indonesia having the best mangoes in the world.

CJC president Ellakim Sosmeña said he considered the consul’s visit to be a “very rare” occasion for the people of Digos to establish friendship with Indonesia.

ally since the time when land bridges still existed.

“Indonesians and Filipinos have a lot of things in common,” said the vice mayor.

“Even by the looks, you can hardly distinguish an Indonesian from among our locals,” he said. “The visit is very timely. It is our visiion that Digos City will become a destination for Indonesian tourists in the future,” the vice mayor added.