US senators: PH still steadfast ally, but human rights must be defended 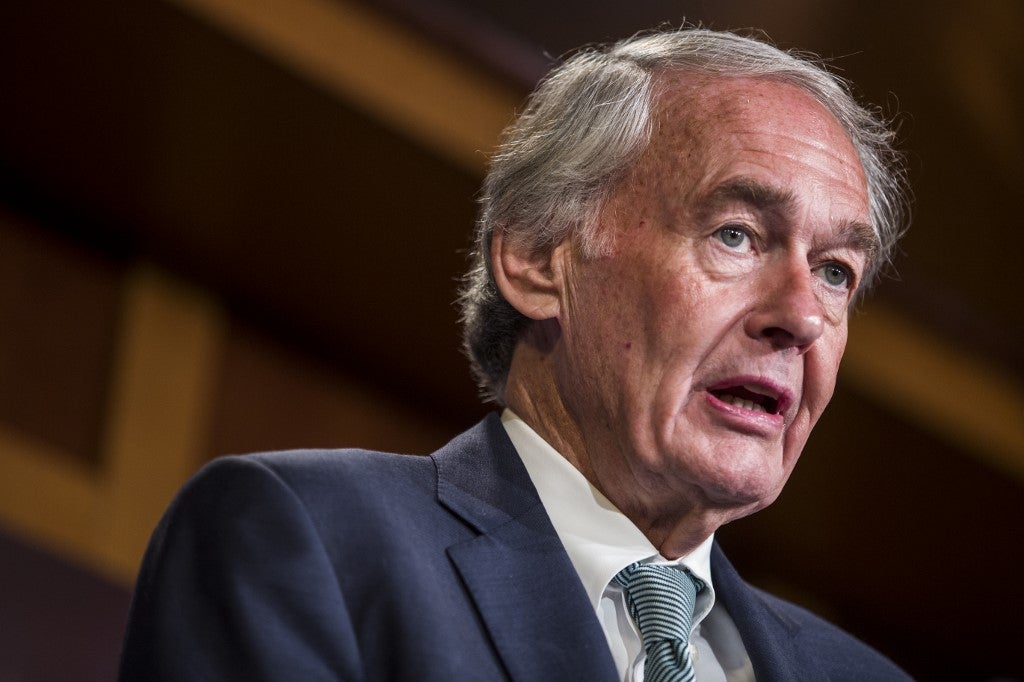 MANILA, Philippines—The United States remains a “steadfast” ally of the Philippines but human rights and rule of law must be defended, some US senators said after the passage of a resolution calling for sanctions against those involved in the “wrongful”  detention of opposition Philippine Senator Leila de Lima.

“While we remain a steadfast ally of the Philippines, we also remain resolute in defending human rights and the rule of law,” Markey said.

In passing the resolution, Markey said their government makes it clear that the Duterte administration “must end its human rights abuses.”

“Preventing Senators and Americans from setting foot in the Philippines will not help the Duterte government brush under the rug state-sanctioned extrajudicial killings. No arbitrary detention or illegitimate charge can obscure the fact that Senator De Lima, Maria Ressa, and all those who speak truth to power exemplify the highest democratic ideals,” he added.

Durbin, meanwhile, said that the passage of the resolution shows that the US Senate “stands united in our condemnation of his [Duterte] government’s troubling behavior and democratic backsliding.

“We also continue our call for the need to release Senator Leila de Lima and for the Duterte government to end the harassment of journalists,” he said.

For his part, Blackburn said the ongoing “extrajudicial killings and meritless imprisonment of Senator de Lima and Ms. Ressa are unconscionable.”

“We value our relationship with the Philippines. But the US Congress expects to see real change to the current practices of the Duterte government,” he stressed.

Lastly, Coons,  a co-chair of the US Senate Human Rights Caucus and a member of the Foreign Relations Committee, hailed the passage of the resolution as a reaffirmation of the US “commitment to promoting human rights and accountability in all parts of the world.”

“I believe we have the responsibility to call out the grave human rights violations committed by President Duterte’s government, including against prominent political leaders, human rights activists, and members of the press,” Coons said.

De Lima, a staunch Duterte administration critic, is detained for allegedly abetting an illegal drug trade during her term as a justice secretary in the previous administration. She maintained her innocence and accused the government of fabricating the cases against her.

Ressa and her online news site Rappler, meanwhile, are facing charges believed to be a government retaliation on their critical reporting.