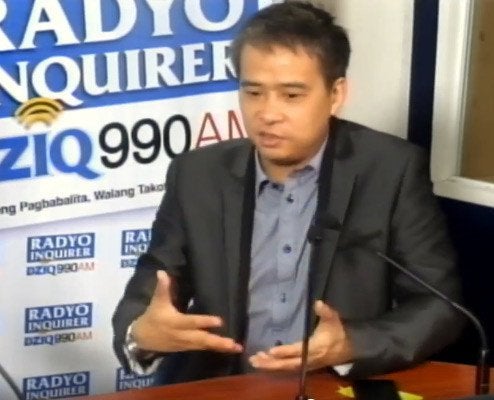 MANILA, Philippines — The Philippines should permanently ban the deployment of Filipino workers to Kuwait if safety and security are not guaranteed to them, Senator Joel Villanueva said Thursday.

In a statement, Villanueva said the welfare of overseas Filipino workers (OFWs) “is a paramount concern” for the government.

“We have already seen one OFW death in Kuwait too many. If we cannot get safety and security guarantees for our OFWs in Kuwait, a most basic and reasonable demand in our view, perhaps our government should make the ban permanent,” the senator, chair of the Senate labor committee, said.

“The welfare of our OFWs, particularly their safety and security in their places of work, is a paramount concern for our government, and our partners should recognize this especially the ones we signed bilateral agreements with,” he added.

In 2018, the Philippines and Kuwait signed a labor agreement seeking to protect OFWs from abuses.

This after the Philippines imposed a total deployment ban on Kuwait following the killing of Joanna Demafelis, whose body was found inside a freezer.

This time, the Philippine government is set to ban the deployment of new household workers to Kuwait after another domestic worker, Jeanalyn Villavende, was allegedly beaten to death by her female employer there.

“We support this move by [Labor] Secretary [Silvestre] Bello III. While it limits the opportunities available to Filipino workers, it is also necessary to limit their exposure to risks and abuses,” Villanueva went on.

“This policy also expresses our government’s outrage over the death of our compatriot who was allegedly killed by her employer’s wife,” he added.

The senator, meanwhile, called on the Department of Labor and Employment and the Technical Education and Skills Development Authority to ensure that there are available jobs and training opportunities for workers who will be affected by the ban.

“In the long term, we should exert all efforts to create more job opportunities locally so that our kababayans do not need to go abroad and leave their families to find well paying jobs,” he said.