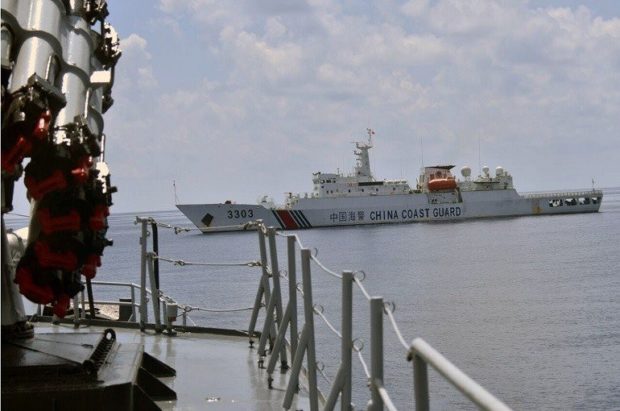 JAKARTA — The Foreign Ministry has summoned Chinese Ambassador to Indonesia Xiao Qian to lodge a diplomatic protest over China’s violation of Indonesia’s exclusive economic zone (EEZ) near the Natuna Islands, which are located adjacent to the southernmost tip of the highly disputed South China Sea.

“On Monday, the results of an interagency meeting at the Foreign Ministry confirmed that there were violations in the Indonesian EEZ, including IUU [illegal, unreported and unregulated] fishing activities and violations of sovereignty by China’s Coast Guard in Natuna waters,” the ministry said in a statement late on Monday.

Previously, the Maritime Security Agency (Bakamla) had alerted Jakarta that dozens of Chinese coast guard ships were found escorting traditional fishermen, whom the authorities suspect were illegally fishing in Indonesian waters that China has claimed as part of its traditional fishing grounds.

According to the agency, about 50 Chinese ships entered Indonesian waters for the first time on Dec. 19 and left the territory a day later. However, more ships returned on Dec. 24 under heavy guard by Chinese coast guard vessels.

The Chinese ambassador had noted Indonesia’s concerns and would immediately report to Beijing, according to the press statement.

Natuna is located at the southern part of the South China Sea, a heavily disputed body of water with many overlapping territorial claims. Brunei, Malaysia, the Philippines, Taiwan and Vietnam have their own claims in the waters and China’s sweeping nine-dash line claim was invalidated by an international tribunal ruling in 2016.

The ministry said Indonesia’s exclusive rights in the EEZ were conferred to it by the 1982 United Nations Convention on the Law of the Sea (UNCLOS), of which China is also a party and to which it is legally bound.

The ministry also reiterated that Indonesia did not have any overlapping jurisdictions with China and that Jakarta would “never recognize China’s nine-dash line because it is contrary to UNCLOS in accordance with the 2016 tribunal ruling”.

China is one of Indonesia’s strategic partners in the region and it is the obligation of both parties to continue promoting mutual respect and explore mutually beneficial cooperation, it said.

The relevant agencies — the Foreign Ministry, the Indonesian Military, Bakamla and the Maritime Affairs and Fisheries Ministry — would continue to coordinate closely to uphold Indonesia’s EEZ rights, the ministry stated.