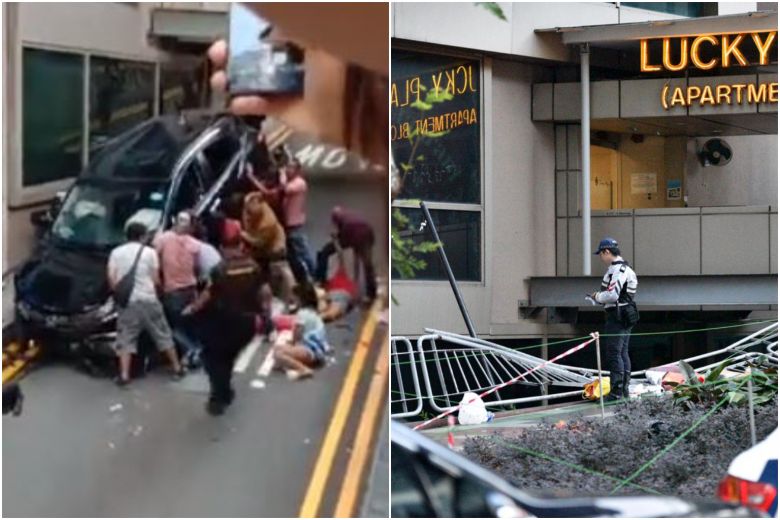 Passerbys lifting the car after it crashed through the railing and hit several people. PHOTOS: SCREENGRAB FROM AGOSTO Y BENTE NUWEBE/FACEBOOK, KELLY HUI

MANILA, Philippines — The Department of Foreign Affairs (DFA) said it is coordinating with authorities for the repatriation of the remains of the two Filipino women killed in a road accident in Singapore.

In a statement on Monday, the DFA said two Filipino women are still undergoing intensive treatment while two others are in stable condition, as reported to them by the Philippine Embassy in Singapore.

The two women were killed when a car lost control and crashed into the six victims at the Lucky Plaza mall in Singapore Sunday afternoon. It left the four other women injured.

“The DFA stands ready to provide all the assistance needed for the victims. The DFA, through the Embassy, is now in touch with authorities for the repatriation of the remains of the Filipino casualties,” the DFA said.

The DFA, likewise, expressed its condolences to the families of the two Filipinos who were killed in the accident.