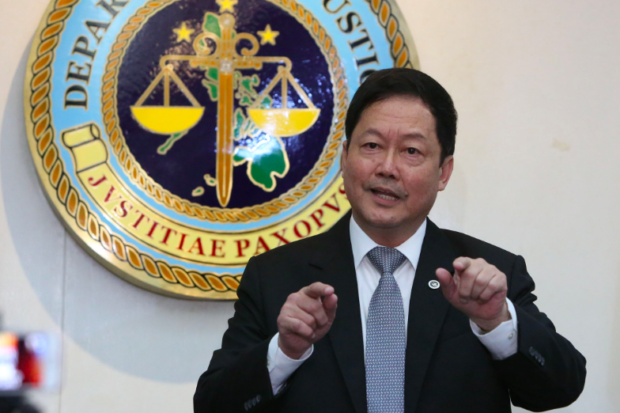 MANILA, Philippines — Justice Secretary Menardo Guevarra believes that the US ban on the entry of Philippine officials behind the detention of Sen. Leila de Lima is an issue of  “sovereignty and non-interference among co-equal nations.”

READ: Locsin: It’s exercise of sovereign right for US to refuse visa to anyone

“This issue is much bigger than the prosecution of Senator De Lima on drug charges under Philippine laws. This involves issues of sovereignty and non-interference among co-equal nations,” he stressed.

US President Donald Trump has signed the Department of State, Foreign Operations, and Related Programs Appropriations Bill 2020 which contains an amendment that allows the US Secretary of State to stop officials who were allegedly involved in De Lima’s “wrongful imprisonment.”

READ: US bans entry of those involved in De Lima detention

Senators Dick Durbin and Patrick Leahy authored the amendment which the US Senate Appropriations Committee passed in September.

On Dec. 17, De Lima, who has been detained for drug-related charges since February 2017, cited the initial list of those responsible for her arrest and detention, which include the following:

De Lima has denied the charges against her, saying they were fabricated in retaliation for her fierce criticism of Duterte’s brutal war on drugs and the monitoring of his human rights record when she was still the chief of the Commission on Human Rights starting in 2008.