US bans entry of those involved in De Lima detention

MANILA, Philippines — President Donald Trump has signed their 2020 national budget, which included a provision that bans the entry of those involved in the detention of Senator Leila De Lima into the United States.

The provision was specifically contained in the 2020 State and Foreign Operations Appropriations Bill signed Friday, December 20.

Based on the provision on denial of entry, the “Secretary of State shall apply subsection to foreign government officials about whom the Secretary has credible information have been involved in the wrongful imprisonment of: (1) Mustafa Kassem, an American citizen imprisoned by the Government of Egypt and whose health is failing; and (2) Senator Leila De Lima, who was arrested in the Philippines in 2017.”

Currently, the Secretary of State is Mike Pompeo.

The prohibition also applies to officials of the Governments of Turkey, Egypt, and Saudi Arabia “about whom the Secretary has credible information have been involved in the wrongful detention of locally employed staff of a US diplomatic mission or a US citizen or national.”

The stipulation was part of an amendment to the law that was earlier proposed by US Senators Richard Durbin and Patrick Leahy. 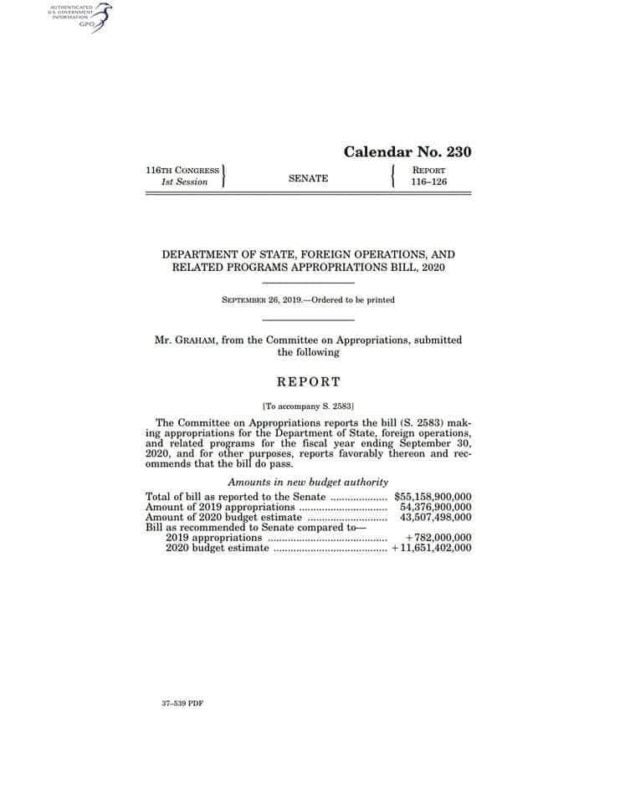 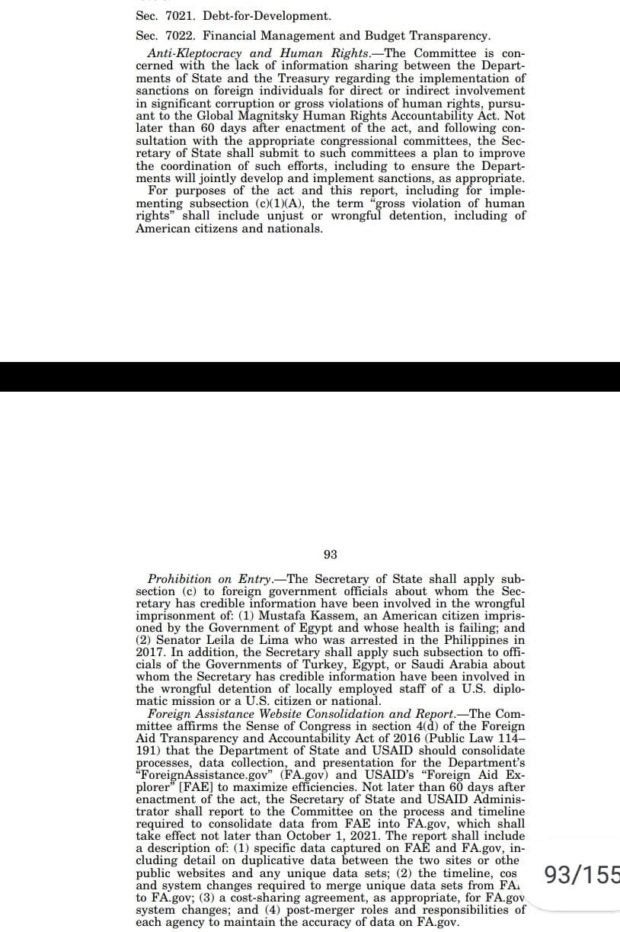 In a statement released in October, De Lima named several individuals and political figures whom she tagged as involved in her persecution.

“My persecution started with a daily public media demolition by none other than [Rodrigo] Duterte, using all his powers as President. This was followed by a vicious social media campaign conducted by DDS Trolls, led by Duterte sycophants Mocha Uson, Sass Rogando Sasot, and RJ Nieto,” De Lima previously said.

De Lima also mentioned presidential spokesperson Salvador Panelo for his failure to advise the President that violating her human rights and depriving her of her freedom are “abuses offensive to justice and humanity.”

The bill, however, has yet to release names barred from entering the United States.

De Lima, a staunch critic of President Rodrigo Duterte, has been in detention since February 2017 on illegal drug charges, which she has repeatedly denied and branded as fabricated.