Germany looks outside EU for nurses, other professionals 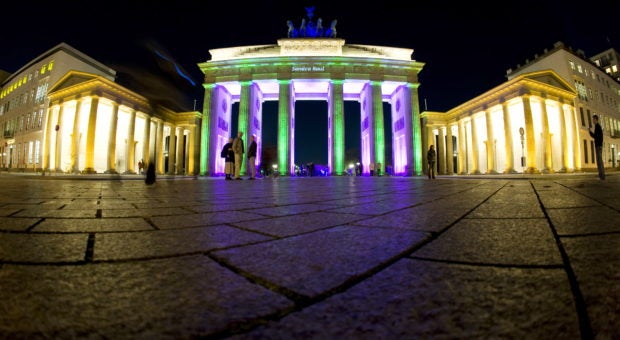 The Brandenburg Gate, one of Berlin’s landmarks (AFP)

BERLIN — Chancellor Angela Merkel’s government hashed out strategies Monday with German business and union officials on attracting skilled workers from outside the European Union as the country tries to tackle a shortfall of qualified professionals.

Merkel told reporters the first two pillars of her government’s approach to the problem would be providing more training for Germans and working to attract professionals from other EU countries.

But recognizing those steps will not be sufficient, Germany needs to recruit workers from outside the trade bloc, she said. To do that, Germany needs to make it easier for skilled workers to get visas to quickly start new jobs, and ensure the country is seen as an attractive place to resettle.

“It’s not only us who are looking at the world’s professionals,” she said. “There is great competition in this area.”

Legislation due to take effect March 1 will make it easier for non-EU nationals to get visas to work and seek jobs in Germany. Arrangements currently applied to university graduates are being expanded to immigrants with professional qualifications and German language knowledge.

Sectors such as information technology and nursing have complained of labor shortages.

“Many companies in Germany are urgently seeking skilled workers, even in times of a weaker economy,” Eric Schweitzer, president of the Association of German Chambers of Commerce and Industry, told the Funke newspaper group ahead of the meetings. “For more than half of companies, the shortage of skilled workers is currently the biggest risk to business.”

Ingo Kramer, the head of the Confederation of German Employers’ Associations, noted that some 430,000 migrants who came as asylum seekers since 2015 are now in jobs, so that it wouldn’t be unreasonable to expect at least 100,000 positions per year could be filled by actively seeking educated professionals from outside.

“The process has to go quickly, so that it is not long and bureaucratic,” he said.

He added that it was also clear that if Germany wants those workers to remain, “it is important that they feel at home here.”

According to proposals that came out of Monday’s meeting, the government hopes to increase use of its “Make it in Germany” information portal for skilled workers, which includes a hotline and jobs board. The plan also calls for companies offering more jobs targeted at foreign workers.

Economy Minister Peter Altmaier said the government and business groups had also agreed to set up pilot projects with some countries, like India, Brazil and Vietnam, to hone the new approach.

Foreign Minister Heiko Maas promised to increase his office’s capacity to process visas and to digitize the process.

“The German government is showing today that it is serious about eliminating the shortage of skilled workers,” Maas said in a statement.

Like many other European countries, Germany is trying to strike a balance between the needs of its labor market, an aging native population and concern about immigration.

The far-right Alternative for Germany party has made gains in recent years with an anti-immigrant platform. The party’s co-parliamentary leader, Alice Weidel, spoke against the new labor policies, saying the focus should instead be on preventing qualified professionals from leaving Germany.

“The planned recruitment of skilled workers from abroad will further exacerbate the problem of immigration and the social systems,” Weidel said. “In the end, it will turn out that when we call for specialists, we get welfare recipients.”