Palace condoles with Japan on passing of ex-PM Nakasone 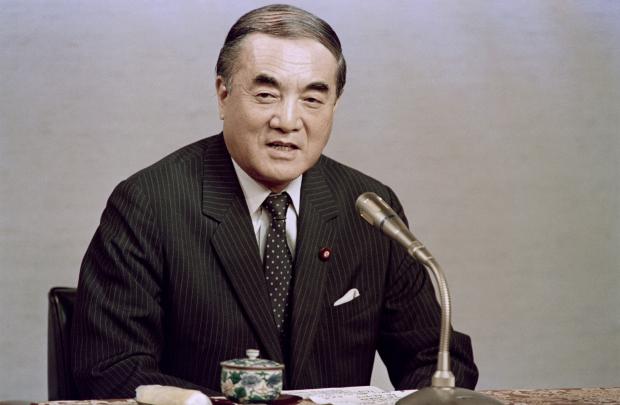 This file photo, taken on Sept. 30, 1987, shows then-Japanese Prime Minister Yasuhiro Nakasone giving what is believed to be his last televised press conference at his official residence in Tokyo. Nakasone, an ardent conservative who worked to forge a stronger military alliance with the United States, died at the age of 101, local media said on Nov. 29, 2019. (Photo by Toru Yamanaka / AFP)

MANILA, Philippines — Malacañang on Sunday condoled with the Japanese government and the Japanese people on the passing of former Prime Minister Yasuhiro Nakasone.

Nakasone died in a hospital in Tokyo on Friday. He was 101 years old.

READ: Japan ex-PM Nakasone who boosted ties with US dies at 101

“The Palace expresses its sincere condolences to the Japanese government and the Japanese people for the passing of former Prime Minister Yasuhiro Nakasone,” presidential spokesperson Salvador Panelo said Sunday.

He described Nakasone, who was conferred the Order of Sikatuna with the rank of Grand Collar (Raja) in 1983 for his contribution in strengthening Philippines-Japan diplomatic ties, as a “great friend of the Philippines.”

“As tributes pour to honor the life and legacy of the late Japanese leader, we pray that the Almighty grant Mr. Nakasone eternal repose as he rests in happiness and peace,” said Panelo.