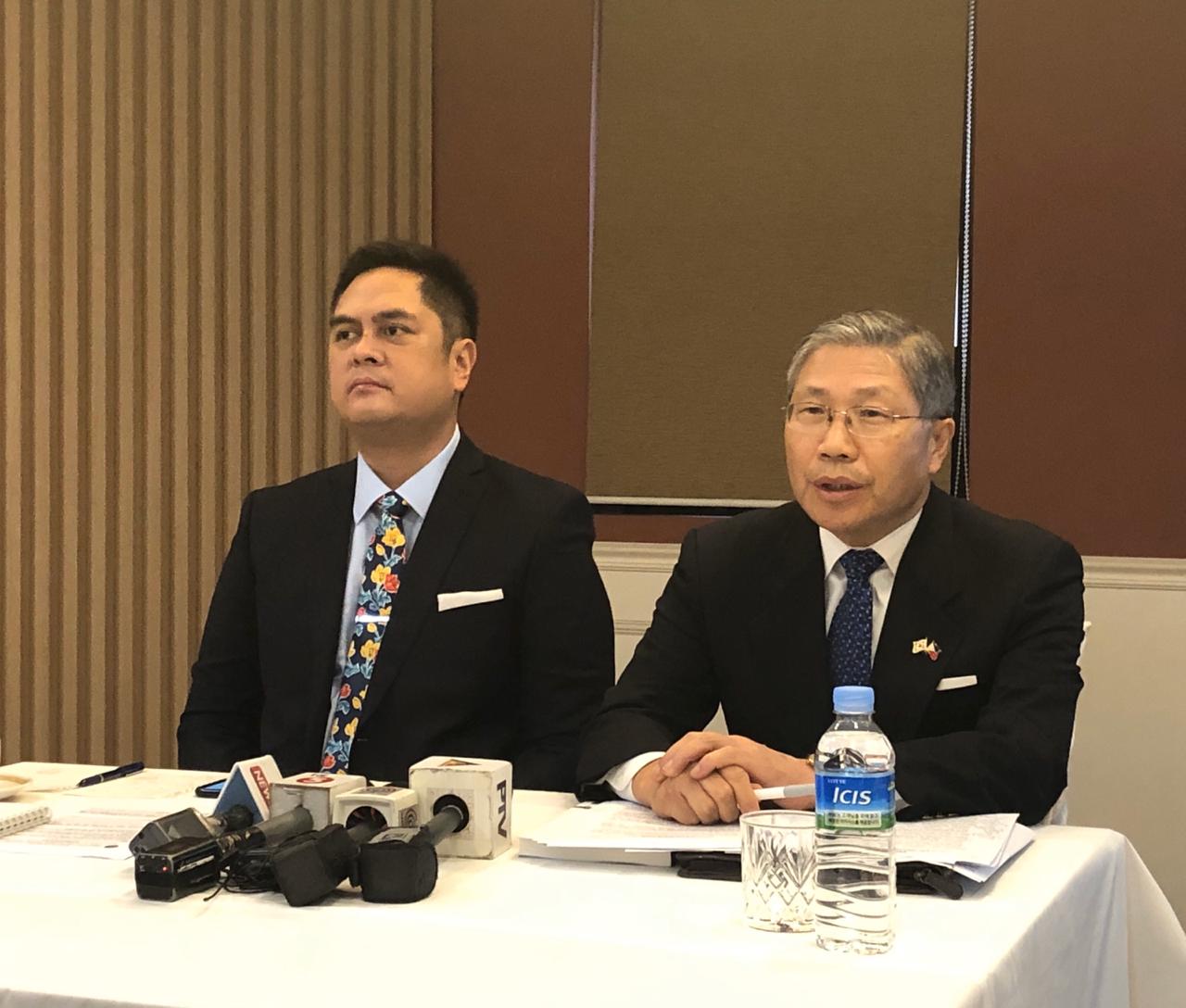 BUSAN, South Korea — The Philippines and South Korea are aiming to conclude their free trade negotiations by next year in a bid to finally cure the trade and industry imbalances between the two Asian nations, Korean Ambassador Han Dong-man said Sunday.

“We reaffirm the importance of the FTA (Free Trade Agreement) as a platform to expand our trade and investment relationship between our two countries,” Han said in a press conference ahead of the 30th Association of Southeast Asian Nations-Republic of Korea (Asean-ROK) Commemorative Summit to be held here at the marine capital of Northeast Asia from Monday to Tuesday (November 25-26).

“I hope that maybe next year we’ll conclude officially the agreement,” he added, noting that the trade and industry heads of South Korea and Philippines would also announce a joint statement during the Asean-ROK.

“Hopefully, if there’s a good agreement on that area, not only major products like bananas, pineapples, and copper but hopefully more products may be exported by our country,” Andanar said in Filipino.

The Philippines wants lower tariffs for agricultural exports like bananas, pineapple, and mango as well as processed food, industrial products, and auto parts. South Korea, on the other hand, seeks more leeway to ship in auto-related products.

Apart from ongoing free trade negotiations, Han said South Korea has urged its importers to expand their dealings with the Philippines. The South Korean envoy, however, noted that one hurdle is the difference between the two nation’s trade structures.

Philippine exports to Korea currently amount to $2.5 billion while, imports from Korea were at $11.2 billion, according to Andanar.

“There’s a little bit of an imbalance but we’re working on that, that’s why we are discussing the free trade agreement,” he added.

Despite this, Han expressed optimism in the Philippine economy as he noted the Korean government’s participation in the Duterte administration’s “Build, Build, Build” program such as the New Cebu International Container Port, the Dumaguete airport, and the Disaster Risk Reduction and Climate Change Center in low-lying areas of Pampanga.

Korea is the Top 3 investor and the number four trading partner of the Philippines with its trade activities amounting to $15.7 billion at present, which is 9.2 percent higher compared to last year, according to Han.