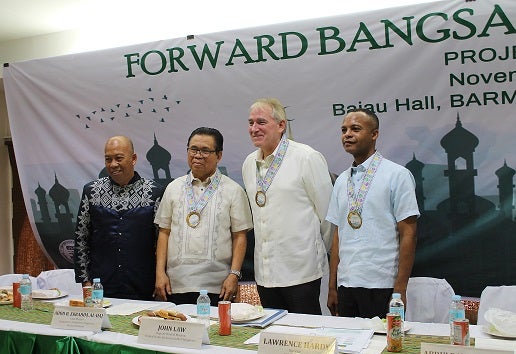 PHOTO FROM US EMBASSY

MANILA, Philippines — The United States government is set to provide nearly P1 billion in aid for programs to address violent extremism and help communities in the Bangsamoro Autonomous Region in Muslim Mindanao.

CONVERGE is funded with P86 million from the U.S. Department of State’s Bureau of Conflict and Stabilization Operations and implemented in partnership with The Asia Foundation through local non-governmental organizations, the U.S. Embassy said in a statement.

Other projects include USAID’s more than P760 million health project, implemented at the request of BARMM Ministry of Health in collaboration with the University Research Co, LLc.

The BARMM, which replaced the Autonomous Region in Muslim Mindanao, allows a greater autonomy to the Muslim region in Mindanao. It was a result of a government peace process with the Moro Islamic Liberation Front.

The training included participants from Sulu, Basilan, Marawi, and Zamboanga — areas that have had recent terrorist attacks.