Globe Telecom, through its enterprise arm Globe Business, and the City Government of Koronadal launch the Korona-911 emergency hotline, an all-in-one emergency communication for information dissemination and response coordination during crisis situations such as the Intensity 6.0 earthquake which hit the town on October 29 and was felt in the rest of Mindanao.

Now ready to accept calls and serve the town’s 189,533 population, Koronadal’s 911 emergency hotline, under the management of Koronadal’s City Disaster Risk Reduction and Management Office,  serves as a control center in the implementation of communication strategy for early warning, community awareness, and coordination or dispatch of emergency response such as police, fire control, ambulance,  and counter-terrorism among others.

Globe Prepaid and postpaid customers in the City of Koronadal have the added advantage of being able to call the emergency hotline for free through their mobile phone even without a load. 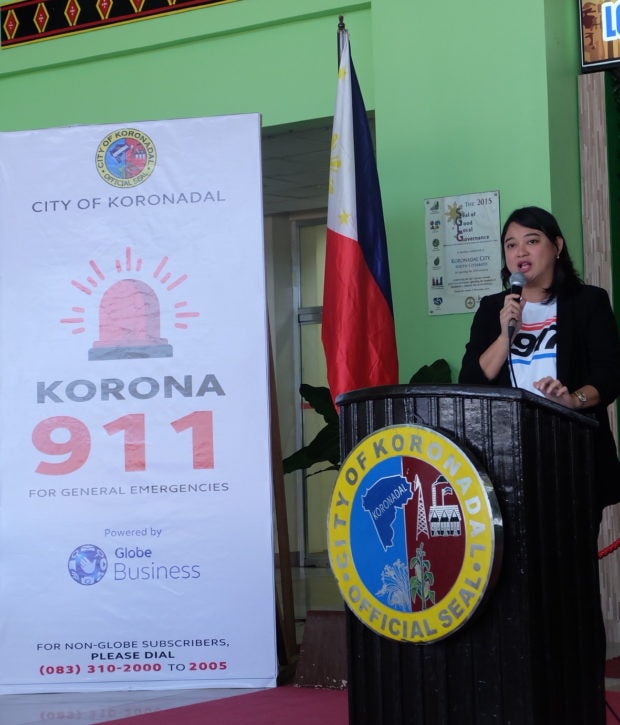 “The operation of Korona-911 is very timely as the city is considered as the center of SOCCKSARGEN, a center of gravity of Region XII and it also happens to be a component capital of the first-class province, South Cotabato. I believe that this makes Koronadal an extraordinary city. It also shows that the city is willing to adopt the latest technologies so as not to be left behind among other LGUs,” said Koronadal City Mayor Eliordo Ogena

Globe Business Senior Vice President Peter Maquera said: “Being a prime enabler of the Korona-911 hotline initiative gives us a sense of achievement and responsibility. This pushes us to further strive for excellence and commit to our purpose to help build our nation and to assist the people when emergency strikes.”

Globe Business provided the hardware, setup of infrastructure and communication, text blasting through Amber by Globe Labs, and the Session Initiation Protocol (SIP) Trunking of the Korona-911 service.

This partnership with the City Government of Koronadal on the hotline is also in support of the United Nations Sustainable Development Goal No. 9, which emphasizes the need for investment in infrastructure and innovation, being identified as crucial drivers of economic growth and development.

Globe Business is leading the way in encouraging local government units to adopt the integration of ICT and governance as a means of improving the delivery of government services and exchange of information. The said initiative supports Globe Telecom’s drive to transform the Philippines into a digital nation by instilling the importance of eGovernance to government offices.