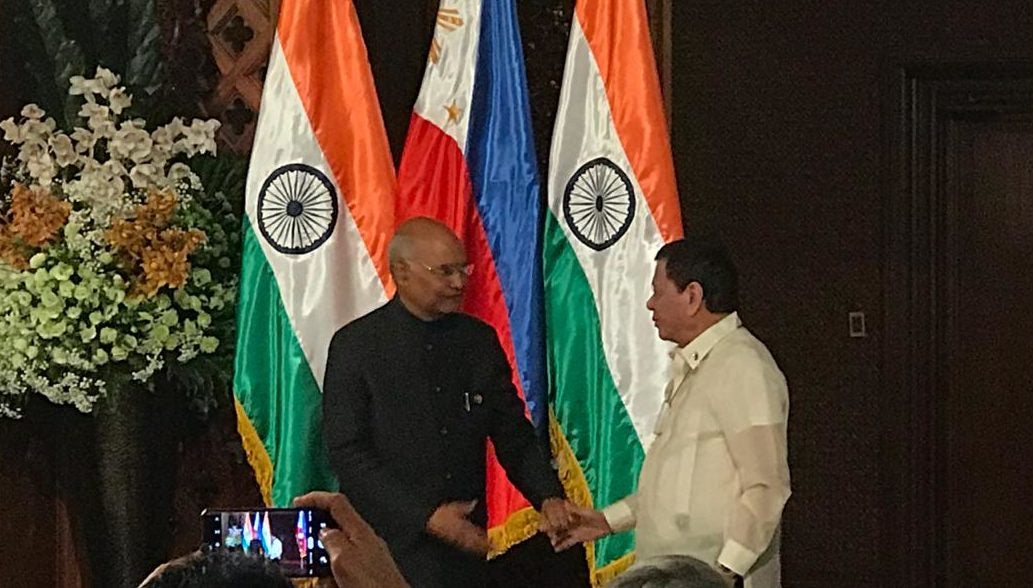 MANILA, Philippines — The Philippines and India on Friday, Oct. 17, reaffirmed their commitment to combat terrorism in the region and stregthen maritime cooperatrion.

Duterte, in a speech, said the two countries “strategically located in the Pacific and Indian Oceans” had sealed their commitment to protect maritime interests and “advance the rule of law in our maritime domains.”

“We agreed to also continue working together to fight terrorism and violent extremism and other transboundary threats,” Duterte said. India is currently enforcing an anti-terror crackdown in disputed Kashmir, a military move that drew criticisms for alleged human rights violations.

Appearing jointly with Duterte, Kovind said the two countries “have been victims of terrorism.”

India, said Kovind, “has been the target of cross border terrorism for decades.” “We committed to work closely to defeat and eliminate terrorism in all its forms and manifestations,” said the Indian leader.

The Philippine Coast Guard and Indian Navy signed a memo of understanding to share information on non-military and non-government ships “to enhance maritime security.”/TSB