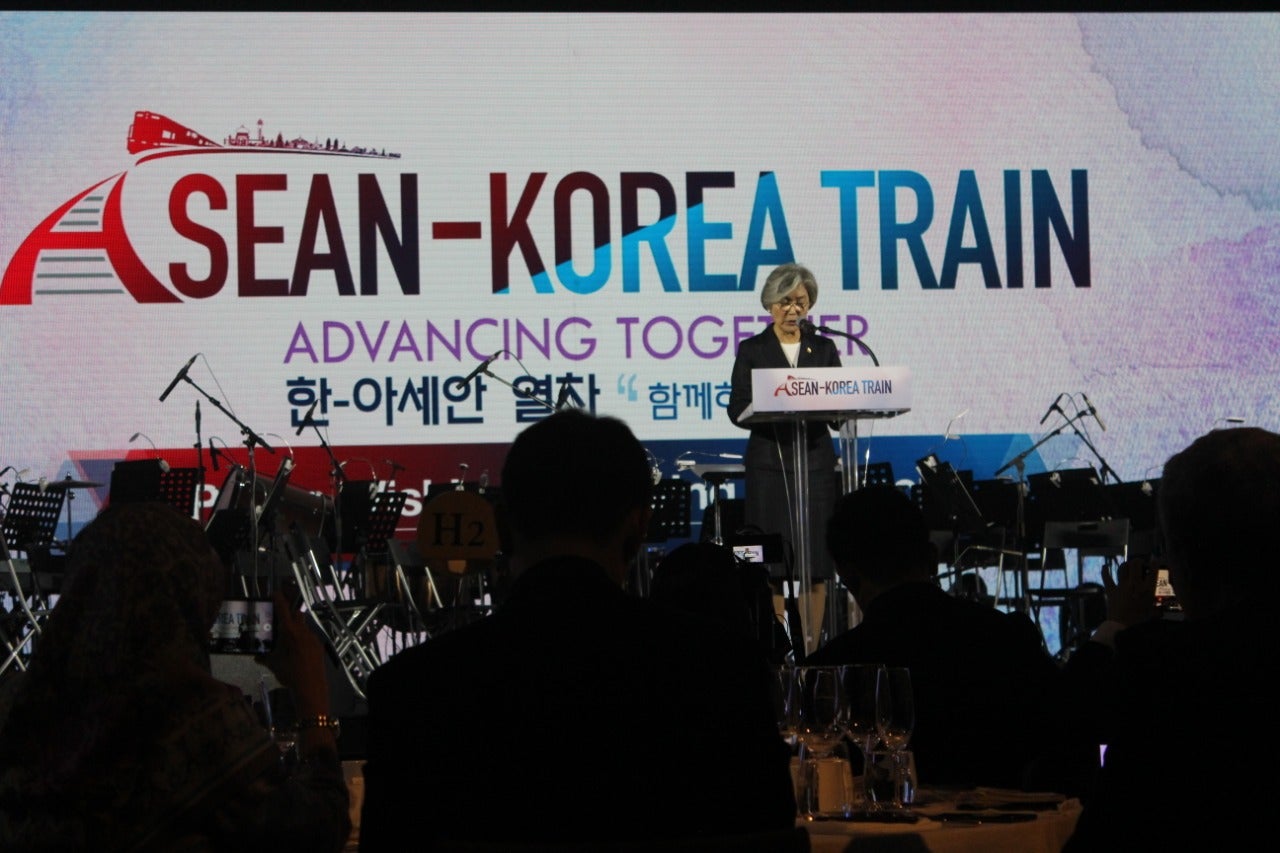 South Korean Foreign Minister Kang Kyung-wha delivers her congratulatory speech at the closing ceremony of the Asean-Korea Train Tour, an official side event for the Asean-Korea Commemorative Summit next month. Darryl John Esguerra/INQUIRER.net

SEOUL, South Korea—As part of its bid to strengthen bilateral ties with the Association of Southeast Asian Nations (Asean), the South Korean government is banking on people-to-people exchange and is planning to “more than double” the number of its scholarship grants to Asean students.

In her speech at the closing ceremony of the Asean-Korea Train Tour, an official side event for the Asean-Korea commemorative summit next month, South Korean Foreign Minister Kang Kyung-wha announced that her country wants to “do more” in advancing the Asean-Korea partnership.

“Korea is planning to more than double the number of scholarships granted to Asean students from the current 280 to 700 by the year 2022,” Kang said Friday.

Since taking office in May 2017, Korean President Moon Jae-in has been pushing for his “New Southern Policy” which aims to deepen economic and diplomatic cooperation with the Asean bloc, an increasingly crucial partner due to its growth potential, rich resources, and the growing geopolitical influence.