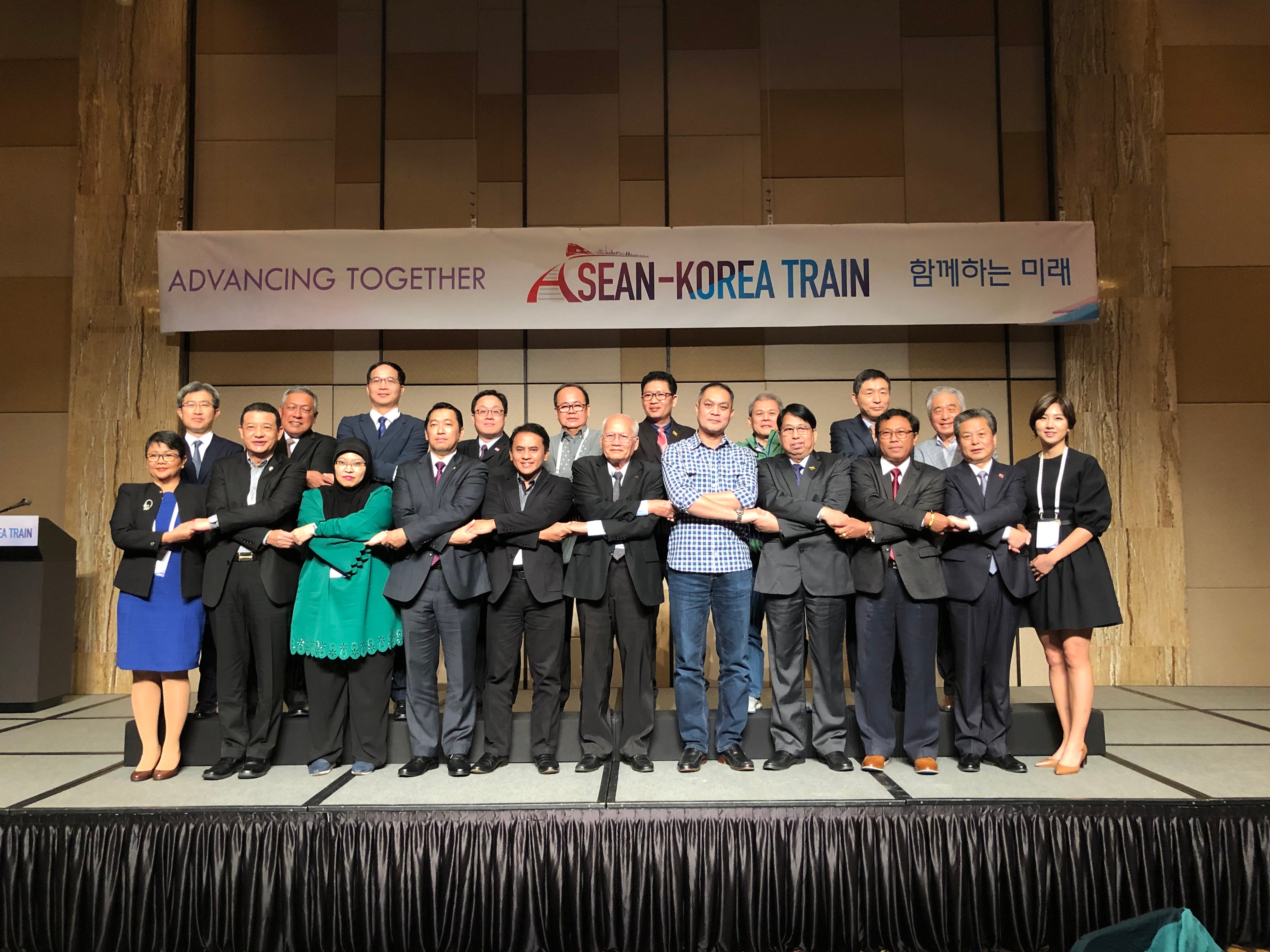 Organized by the Asean-Korea Centre and hosted by the South Korean Ministry of Foreign Affairs, the four-day Asean-Korea Train Tour, themed “advancing together,” marks the 30th anniversary of ASEAN-Korea dialogue and will be an official side event for the summit Asean-Korea summit in Busan next month.

The activity will kick off in this city on Wednesday morning and make stops at top tourist destinations such as Gyeongju, Busan, Suncheon, and Gwangju.

Former Korean Ambassador to the Philippines and now Asean-Korea Centre Secretary-General Lee Hyuk welcomed the participants Tuesday and said the event will be an avenue for deeper understanding of Asean and Korean cultures.

Philippine Department of Tourism Assistant Secretary Reynaldo Ching echoed this in his speech, claiming that the tour will course through the partnership of Asean and Korea in another 30 years.

“As we traverse through the picturesque beauty of the Republic of Korea, this will provide an avenue for us to deepen and strengthen the relationship between the Asean Region and the Republic of Korea and lay down the foundation for the next 30 years grounded on the three pillars of People, Prosperity, and Peace,” Ching said.

Since taking office in May 2017, South Korean President Moon Jae-in has been pushing for his flagship “New Southern Policy” which aims to elevate ties with Asean to the same level as those with the four major countries: the United States, China, Russia, and Japan.

The Asean pivot came amid efforts to diversify Seoul’s diplomacy and its growing awareness of Asean’s strategic importance related to its growth potential and rich resources.