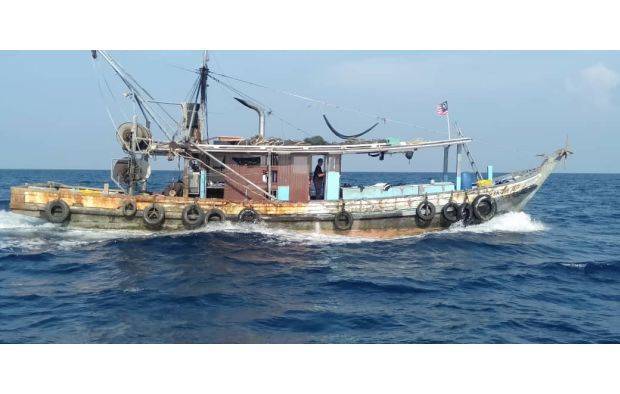 KOTA KINABALU — The Malaysian police are working with their Philippine counterparts to secure the release of three Indonesian fishermen kidnapped by Abu Sayyaf-linked gunmen off Lahad Datu on Sept 23.

Sabah Police Commissioner Datuk Omar Mammah said the kidnappers made their ransom demand during a call to one of the victim’s sisters in Sandakan on Sept 30.

Declining to state the ransom amount, he said they were working with their counterparts in the Philippines to secure the release of the three.

“No. We are not negotiating the ransom,” he told reporters at the Kepayan state Police headquarters monthly assembly here on Tuesday (Oct 8).

It is understood that the gunmen had urged the family to raise the money to make payments quickly.

In the incident, seven heavily-armed Filipino gunmen grabbed three Indonesian crew men from a Sandakan-registered fishing trawler in waters off Tambisan at about noon, on the day of the incident.

The kidnappers took the fishermen to the Tawi Tawi island chain before heading to Jolo, the home base of the militant Abu Sayyaf group.

Read Next
Spain looks forward to celebrating 500 years of PH Christianization in 2021, says envoy
EDITORS' PICK
LTO’s P500-M deal for screws draws scrutiny
Smart reinforces superiority with best speed and mobile video experience in PH
Every Filipino home can now be a smart home with realme TechLife
Nestlé Philippines’ ‘NESCAFÉ Plan’ bags Grand Anvil at PRSP 56th Anvil Awards
New 3,045 COVID-19 cases push PH total active cases to 40,074
How to lose a PH genius: Wesley So officially a US citizen
MOST READ
Robredo on Sara Duterte leading poll surveys: Why are Filipinos drawn to leadership of this kind?
How to lose a Filipino genius: Wesley So officially a US citizen
Hugpong Ng Pagbabago fully supports Sara Duterte says confidant Davao del Norte governor
Duterte on his ‘faults’: ’I just have cases of extrajudicial killings’
Don't miss out on the latest news and information.