Bersamin: US senators’ proposal on De Lima case an ‘act of interference’ 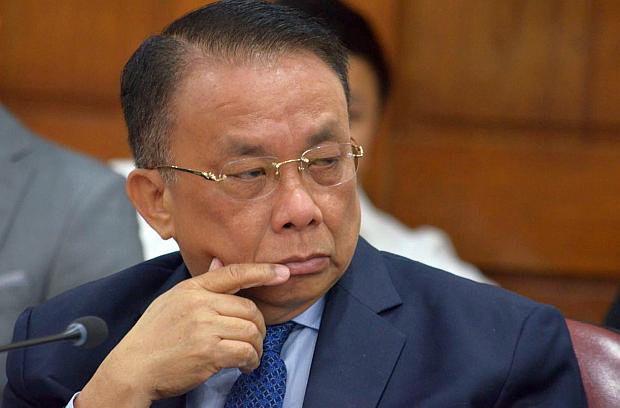 “That’s obviously a PR tour de force. If they do implement that to ban officials whom they believe are responsible for the continuing incarceration of Senator De Lima it’s their privilege and I think nothing we can do about that, but the nature of that kind of action is interference,” Bersamin said in an interview with CNN Philippines’ “The Source.”

De Lima has been detained since February 2017 at the Philippine National Police headquarters in Camp Crame as she faces a string of drug charges for her alleged involvement in the illegal drug trade at the New Bilibid Prison (NBP).

But the senator denied the accusations saying it was political persecution because she had been a critic of President Rodrigo Duterte even when he was still mayor of Davao City.

On Sept. 27, the US Senate appropriations committee approved an amendment to a bill seeking to deny entry to Filipinos behind her detention.

Senators Dick Durbin and Patrick Leahy initiated the amendment to the bill that would prohibit those behind the detention of De Lima from setting foot in America.

Bersamin said he would and could not allow outside interference on the case, especially since the courts in the Philippines are fully functioning.

[I will not allow anyone to dictate what we should do over matters that are already in court. Let the courts function. Anyway, they are functioning, and let the person involved there do it and answer the charges in that forum.]

Bersamin added that he could not be considered as among those involved in De Lima’s detention.

“I was discharging a judicial function. She came to the court and asked for relief and we considered the plea. We debated it. Of course, she should not expect that all of us will agree one way or the other. I happened to take the side against her because I am not convinced that we should deprive the trial court to have jurisdiction over her,” Bersamin explained.