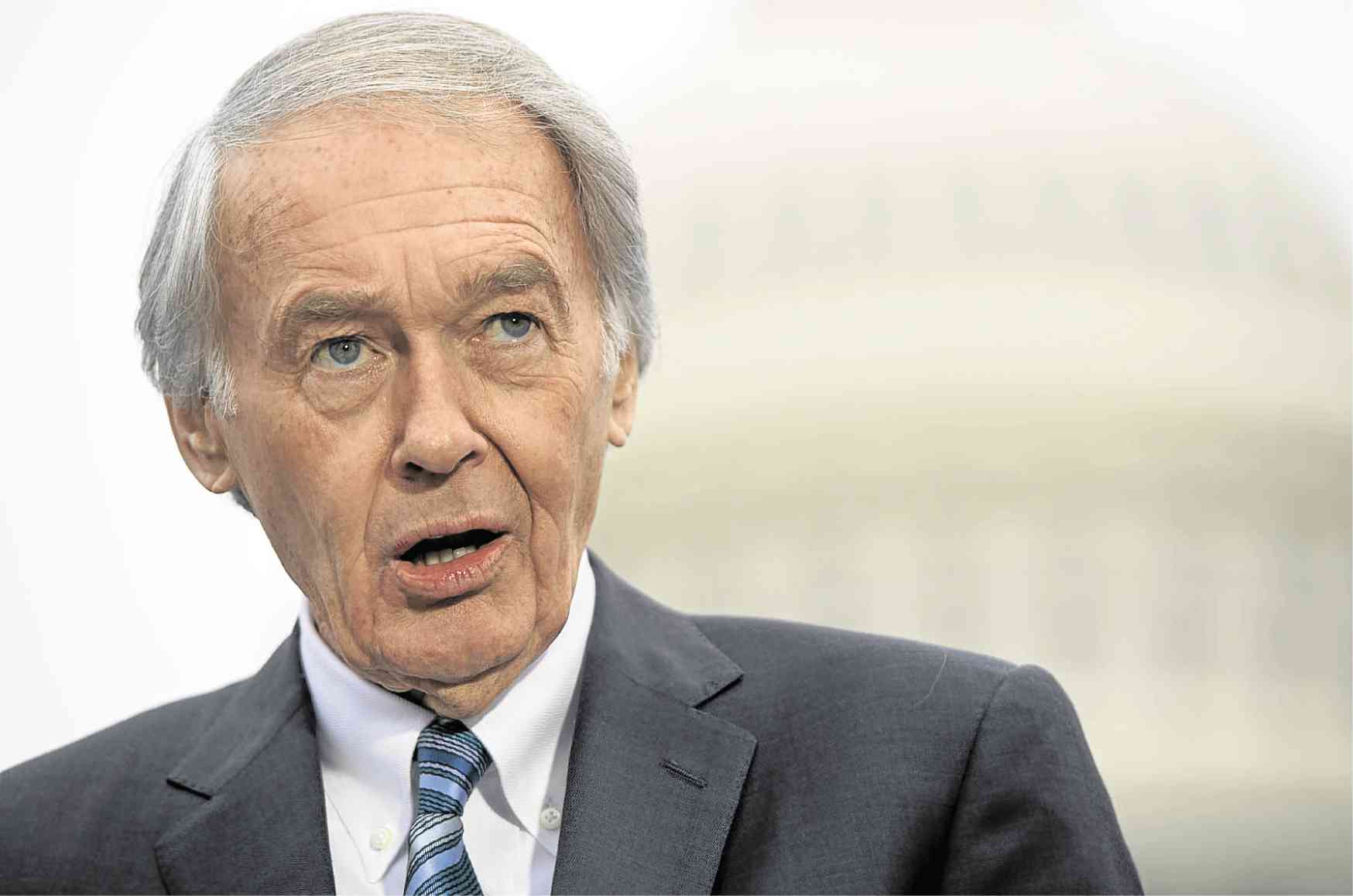 Another American lawmaker has added his voice to a call in the US Senate to free detained opposition Sen. Leila de Lima.

In a Twitter post on Friday, Sen. Edward John Markey of Massachusetts said his colleagues, Senators Dick Durbin of Illinois and Patrick Leahy of Vermont, were correct in seeking “accountability in the Philippine government” by legislating a travel ban against those responsible for the “politically motivated charges” against De Lima.

Markey was referring to an amendment introduced to a bill on state and foreign operations being tackled by the appropriations committee.

On Sept. 26, the committee approved that amendment being pushed by the two senators, which seeks to deny US entry to Philippine officials involved in De Lima’s “wrongful imprisonment.”

De Lima has been a leading critic of President Duterte’s human rights record since he was Davao City mayor during the Arroyo administration, when she headed the Commission on Human Rights.

She was detained in 2017, about a year into Mr. Duterte’s presidency, on drug trafficking charges that she said were fabricated by his administration.

“[De Lima] has been the target of very troubling partisan persecution,” Markey said in his tweet.

“In an attempt to intimidate and silence voices critical of the government, De Lima has been jailed and not given the opportunity to defend herself. The Duterte administration should release her immediately,” said the senator, a Democrat like Durbin and Leahy.

“America must continue to stand for human rights and good governance. That’s why I was proud to introduce S.Res. (US Senate Resolution No.) 142, which calls for the release of @SenLeiladeLima,” Markey also said.

He was referring to a separate measure he filed on April 4 with Durbin and three other senators, “condemning the government of the Philippines for its continued detention of Sen. Leila de Lima, calling for her immediate release, and for other purposes.”

That resolution, which is pending at the committee on foreign relations, called De Lima “a prisoner of conscience.” It also “urge[d] the government of the Philippines to guarantee the right to the freedom of the press, and to drop all the charges against Maria Ressa and Rappler.”

Presidential spokesperson Salvador Panelo criticized the approved amendment in the US Senate “as a brazen attempt to intrude into our country’s domestic legal processes,” and also countered that De Lima “is no prisoner of conscience.”

In her usual handwritten dispatch, De Lima said that while Locsin was right in saying that the travel ban proposed by US senators cannot free her, the move was “not in any way imposing their will on our local courts.”

“Mr. Secretary, why can’t you just be forthright and say this instead: that your President will never allow my acquittal. Remember his famous lines to me, ‘You’re finished!’ and ‘You will rot in jail!?’” she said.