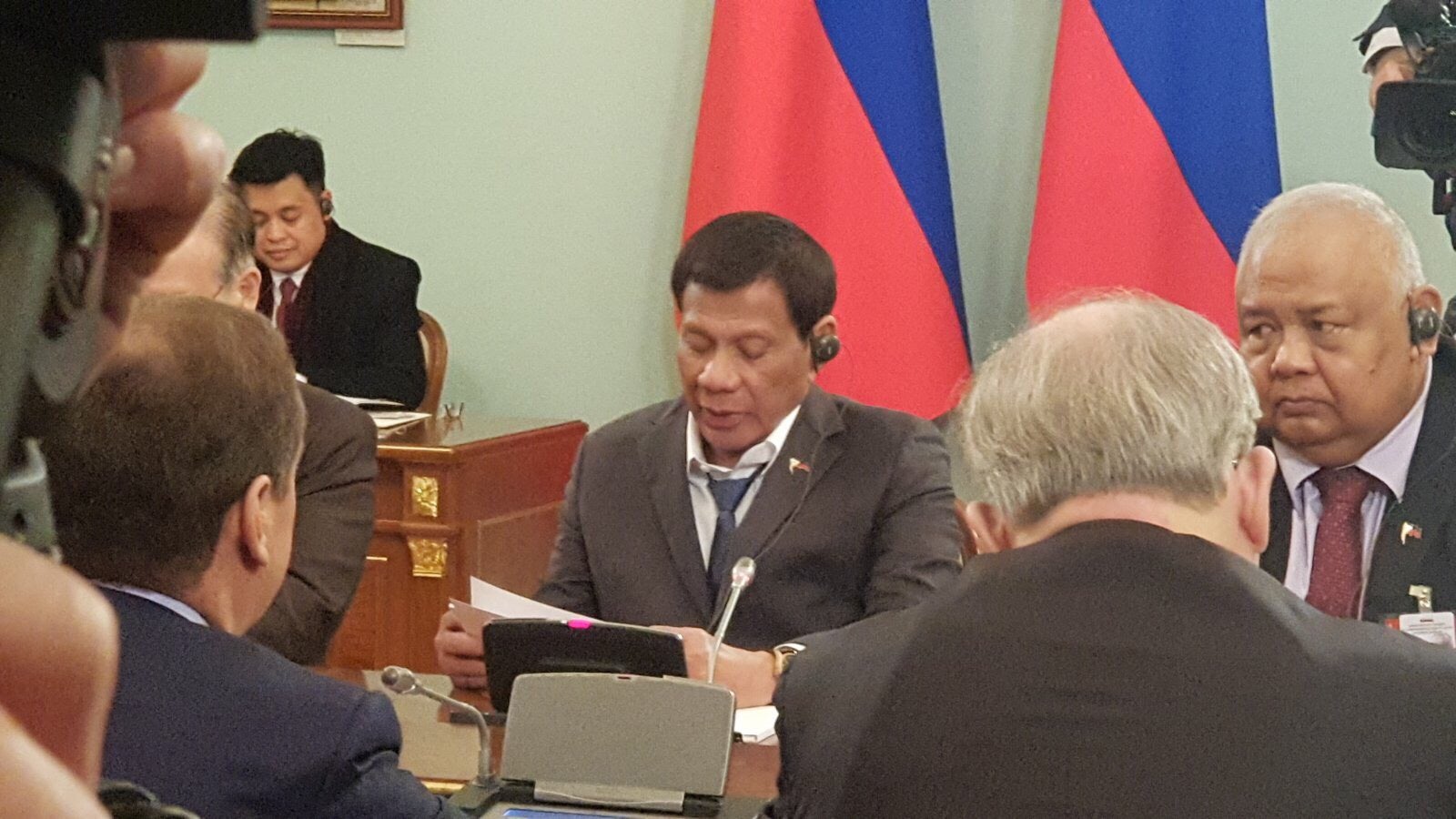 Duterte, who landed early Wednesday in Moscow, was welcomed by Medvedev in his office which he called a “bigger” and “better” White House.

The President was joined by several of his Cabinet secretaries at Medvedev’s office where the meeting took place.

Speaker Alan Peter Cayetano was also among those who joined the meeting.

“Your Excellency, I am pleased to meet you again. Thank you for the warm welcome and hospitality extended to me and my delegation,” Duterte told Medvedev.

“In 2017 during my first visit to Russia, we successfully set the foundation for bilateral cooperation. Since then, we have seen the mark of our progress in our engagement including such strategic areas as defense and security,” he added.

Duterte recalled the port call of BRP Tarlac in Vladivostok in 2018, which he said was a “historic milestone” in the relations between the two nations.

“This was unthinkable a few years back yet we did it and more firsts to follow,” the President said.

Duterte told the Russian leader that the Philippines has adopted consultative mechanisms “where we explore ways to expound our cooperations in various areas including trade and investment, defense and security, energy, science and technology and more.”

“We are intent to sustaining this momentum. I am confident we’ll succeed as a strong commitment from both sides,” he added.

Medvedev, likewise, welcomed Duterte and his delegation as he recalled their previous meetings during international summits in 2016 and 2017.

“I’m very glad to welcome you again in Moscow, in this building we call this building sometimes White House but this is not the same White House as in that other country, but us Russians pose off… It’s a little bit bigger than the White House we both know and better,” Medvedev said.

Medvedev assured the Philippine side that Russia is “interested to continue the realization of our various projects in transport, in energy and agriculture and in various humanitarian aspects.”/ac