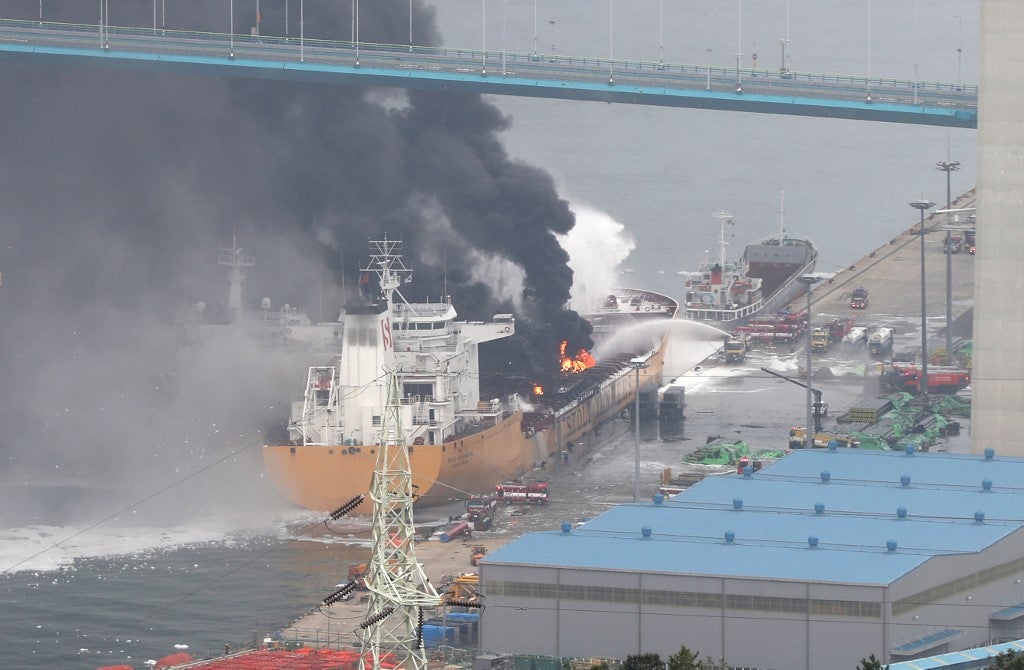 Rescue services attend to a fire onboard a cargo ship in the port of Ulsan, on southeast coast of South Korea on September 28, 2019. – A huge blast on the oil tanker in the South Korean port sparked a raging fire that spread to a nearby vessel, leaving 18 people injured, authorities said. AFP

They were rescued and evacuated together with the other crew members.

Further, the foreign affairs department added that the explosion also caused a nearby tanker to catch fire and wounded nine other seafarers, two of whom were reportedly Filipinos.

“The Philippine Embassy in Seoul is closely coordinating with the South Korean authorities to ascertain their condition and make sure that they are out of harm’s way,” the DFA said in a statement.

Citing the South Korean Coast Guard, Agence France-Presse earlier reported that an investigation has been launched on the incident.  /muf