What PH fishers got after Chinese apology 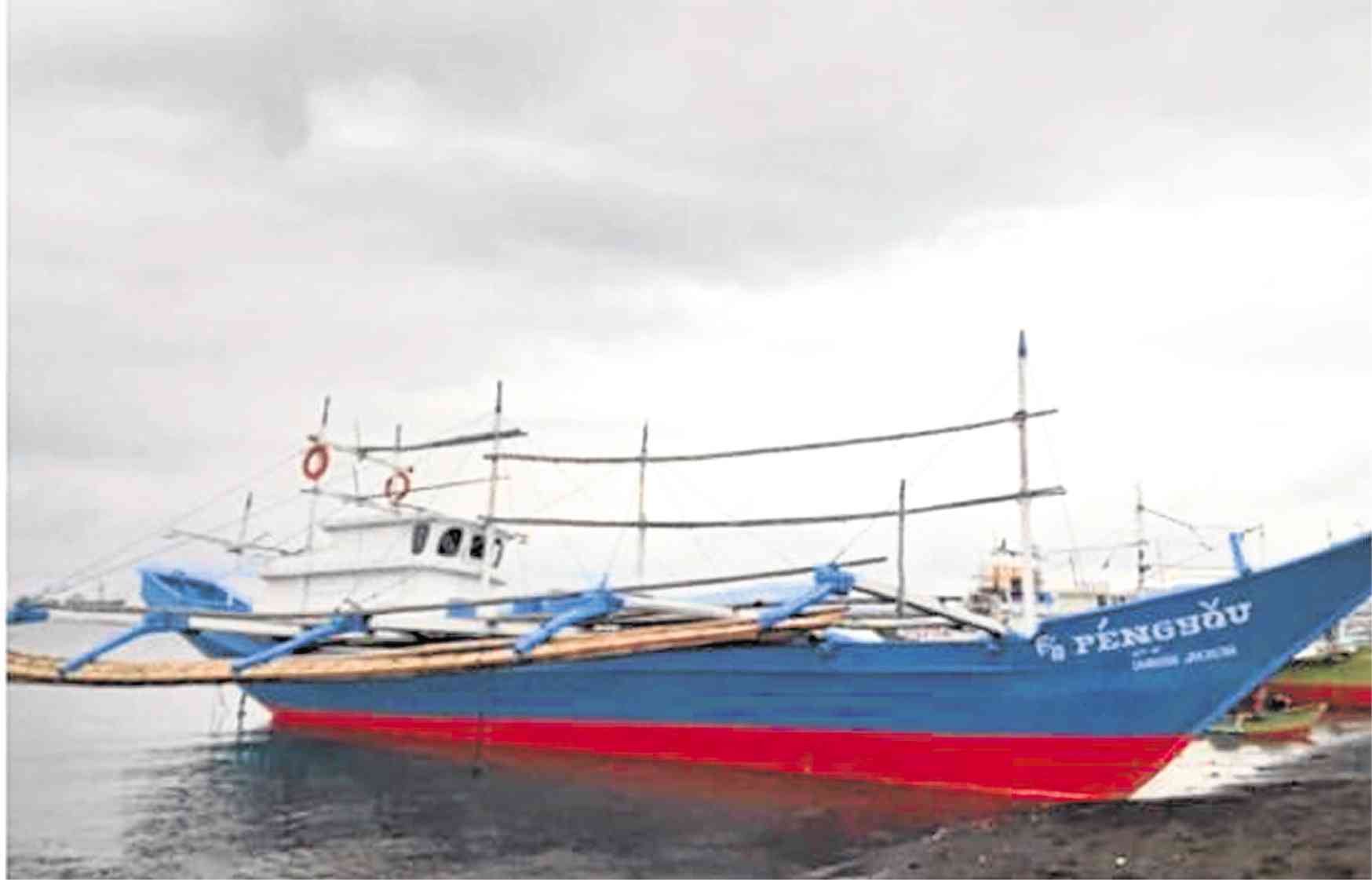 WITH FRIENDS LIKE THESE . . . The secondhand boat given the Gem-Ver 1 fishermen was christened F/B Pengyou, the Chinese term for friends. The term also connotes “cooperation, generosity and friendship.” —Bureau of Fisheries and Aquatic Resources-MIMAROPA

SAN PEDRO CITY, Laguna, Philippines — A month after they received an apology, the fishermen from Mindoro province who were put out of work after a Chinese trawler rammed and damaged their fishing boat in the West Philippine Sea in June have yet to receive compensation from the foreign shipowner.

What the fishermen have received so far was a “used” commercial fishing boat donated by a Chinese businessman to replace their damaged vessel, Gem-Ver 1.

The donated vessel had a fresh coat of paint when it was formally turned over to the fishermen last week, but it would still require some repairs and plywood reinforcements that may “take a year” to finish, according to Gem-Ver 1 skipper Junel Insigne.

“We might actually finish repairing Gem-Ver much sooner,” Insigne told the Inquirer on Saturday.

On the night of June 9, a Chinese trawler — later identified by the Chinese Embassy as Yuemaobinyu 42212 — hit and sank the Filipino-manned fishing boat while it was anchored at Recto (Reed) Bank, and abandoned its 22 crew members in open water.

On Aug. 28, the Guangdong Fishery Mutual Insurance Association issued an apology on behalf of the vessel owner, which the group did not name, for what it called an “accident” and asked the Philippines to file a claim for compensation.

Elizer Salilig, director of the Bureau of Fisheries and Aquatic Resources (BFAR) in Mimaropa (Mindoro, Marinduque, Romblon and Palawan) region, said Gem-Ver 1 owner Arlinda dela Torre had asked for P2.5 million in damages. The amount would cover the cost of the boat repairs and the fishermen’s loss of income.

Salilig said no compensation had been made despite the apology and the offer made by the owner of the Chinese trawler.

“We haven’t received anything yet,” Insigne said in a phone interview from San Jose town, Occidental Mindoro, where the fishermen lived.

Insigne, who said he and his fellow fishermen had remained “tambay,” or unemployed since the incident, said he had no idea why the process was taking this long and how he could follow up on their demand.

After the ramming incident at Recto Bank, a rich fishing ground in the West Philippine Sea, the fishermen lost their day’s catch and their damaged, 14.38-ton boat had to be towed back to Occidental Mindoro.

Insigne said part of the cash donations they later received from the government and private donors had been spent on Gem-Ver 1’s repairs, which may take up to November to complete.

In a phone interview, Salilig said the fishermen received P1.2 million from the Filipino-Chinese Chambers of Commerce and Industry Inc. in June.

“Pengyou” is Chinese for friend and also a term that connotes cooperation, generosity and friendship.

“[Pengyou] is almost as big as Gem-Ver. This time, the [fishermen] would no longer be just crew members but co-owners,” Salilig said.

The donated boat, coursed through the office of Special Envoy for Public Diplomacy to China Ramon Tulfo, was formally turned over on Sept. 22 to the Gem-Ver 1 crew members, who now form a group called Recto Bank Survivors Fisherfolks Association. The group also includes eight more local fishermen from San Jose in Occidental Mindoro.

Salilig said officials were working out a way to raise an additional P300,000, the amount needed for the fishermen to go on a weekslong fishing trip back to Recto Bank onboard the Pengyou.

As to the sought-after compensation from the owner of the trawler that hit Gem-Ver 1, Salilig quoted Tulfo as saying that the special envoy’s office was still trying to identify exactly which company the vessel belonged to.

“[Tulfo’s office] would be in charge of that,” Salilig said.