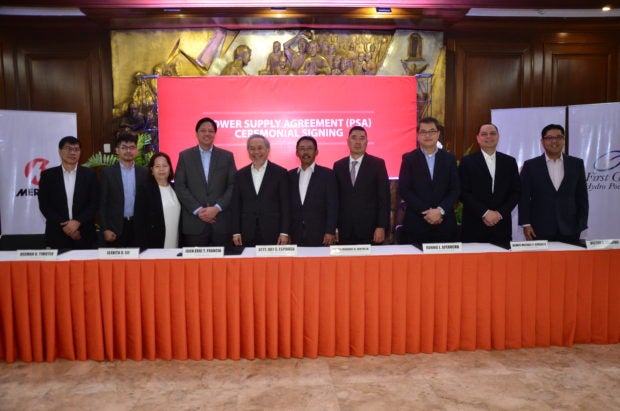 The PSAs were awarded to the three winning bidders in accordance with the Department of Energy Circular which required distribution utilities (DUs) to procure power through Competitive Selection Process.

According to Meralco President & CEO Ray Espinosa, “The resulting prices from the CSP are significantly lower than average generation cost today and are expected to save consumers PhP 4.4 billion annually for the next five years.

“This is Meralco’s second successful round of CSP, after successfully signing 1,200 MW of baseload capacity last September 13. During the signing, Department of Energy Director Mario Marasigan said, “Indeed the winners for this activity are actually the Meralco consumers,” also expressing optimism that the success of the Meralco CSPs will be replicated to subsequent biddings.