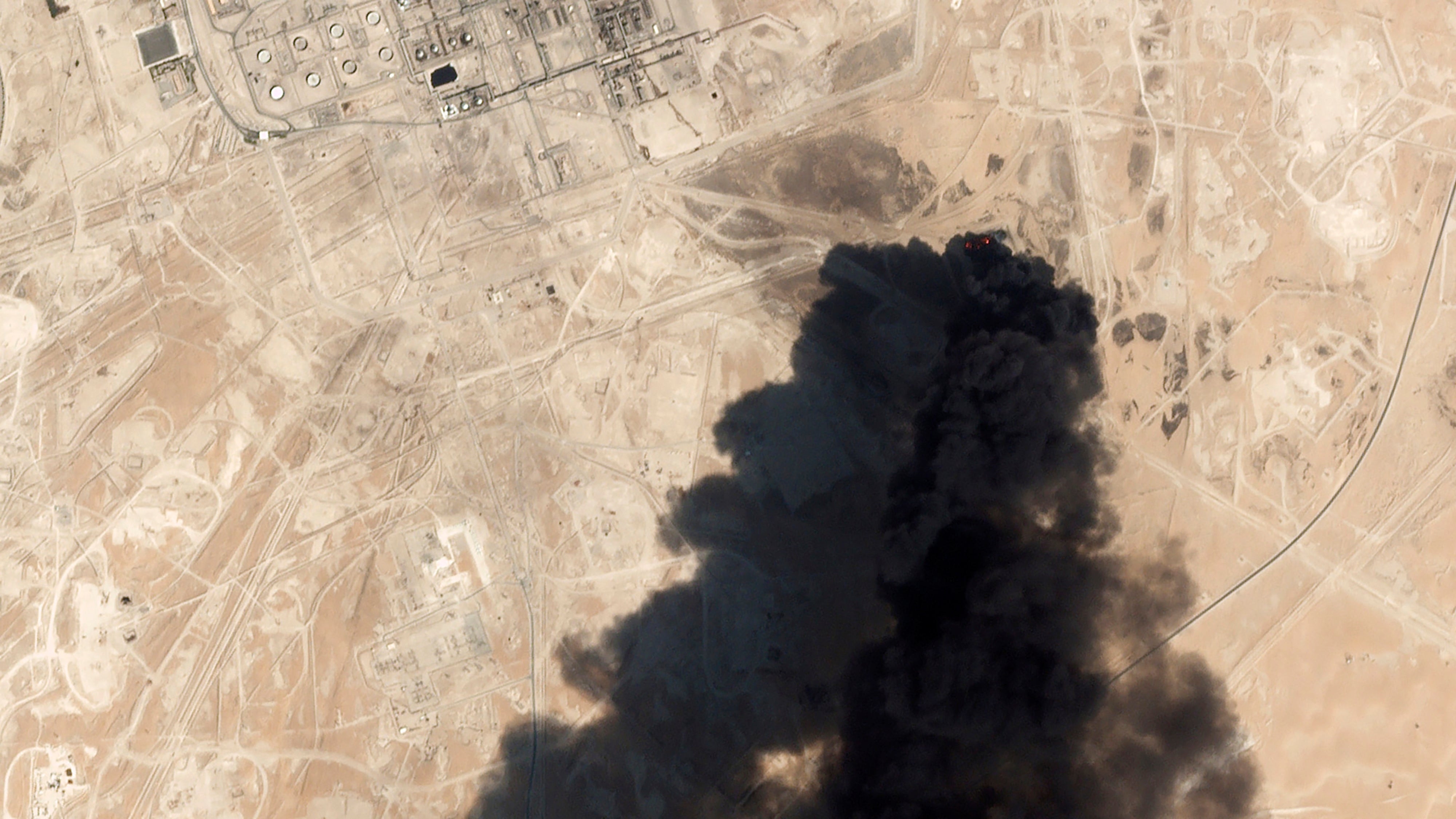 FILE – This Saturday, Sept. 14, 2019, satellite image from Planet Labs Inc., shows thick black smoke rising from Saudi Aramco’s Abqaiq oil processing facility in Buqyaq, Saudi Arabia.The weekend drone attack on one of the world’s largest crude oil processing plants that dramatically cut into global oil supplies is the most visible sign yet of how Aramco’s stability and security is directly linked to that of its owner — the Saudi government and its ruling family. (Planet Labs Inc via AP, File)

MANILA, Philippines — The Department of Labor and Employment (DOLE) on Tuesday said it still assessing the possible repatriation of overseas Filipino workers (OFWs) in Saudi Arabia, which has been the subject of drone attacks on the country’s two major oil sites.

In a statement, the department said that the government is ready to repatriate about 50,000 OFWs in the country should the condition worsen in the country, which is considered to be the world’s top oil exporter.

However, Labor Secretary Silvestre Bello III noted that the department is still assessing “the possible implications on the safety and security of OFWs,” and that government is monitoring the current situation in the area.

“So far, no reports of OFWs injured or negatively affected by the attack and no work disruption was reported,” Bello said in the statement.

“Our Philippine Overseas Labor Offices in Al Khobar, Riyadh, and Dammam are also on top of the situation to check on the conditions of our OFWs,” he added.

Bello also noted that DOLE is closely coordinating with the Department of Foreign Affairs (DFA) on should the repatriation of OFWs happen.