No need to ignore arbitral ruling to use EEZ – Del Rosario 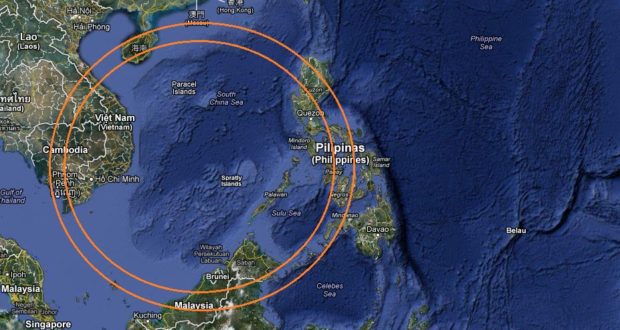 Del Rosario issued the statement after President Rodrigo Duterte said the government would “ignore” the ruling of the Permanent Court of Arbitration on the West Philippine Sea (WPS) and the EEZ so that the Philippines could do a joint oil and gas exploration with China.

“We would like to respectfully remind the President that ‘to come up with an economic activity’ in our EEZ need not involve setting aside the Arbitral Ruling and running afoul of the Constitution,” Del Rosario said in a statement.

Citing the suggestion of Senior Associate Antonio Carpio, the former foreign affairs secretary explained that a joint exploration in the WPS would be “constitutional and consistent” with the arbitral if China would get into a service contract with the Philippines.

Thus, a 60-40 revenue split will be employed, with the Philippines getting the bigger share.

“If a service contract arrangement is followed, where a Chinese company participates either as an equity holder or a subcontractor, the President would remain faithful to the Constitution and the Arbitral Ruling,” Del Rosario said.

“In this way, the President will also not turn back on his promise to the Filipino people made during his October 16, 2016 departure speech, as he embarked on State visits to Brunei Darussalam and China, that he cannot be the ‘sole authorized agent’ to share with the Chinese, our EEZ which belongs exclusively to the Filipino people,” he added.

Del Rosario also noted China’s “continuing unlawful activities,” which includes “preventing our fishermen from pursuing their livelihood in Scarborough Shoal and in our exclusive economic zone, blocking the Philippine development of our natural resources, destroying elements of the marine environment, erecting military facilities, and ridiculously confronting our President with the threat of war.”

“With due respect, we would like to emphasize that the preservation of our national patrimony, which includes our EEZ, is infinitely more valuable than coming up ‘with an economic activity’ in the EEZ. The possibility of economic activity in our EEZ is always present; however, when we lose our EEZ, we lose it forever,” Del Rosario added.

He insisted that the EEZ “does not belong to China, but belongs to us Filipinos, our children and to generations of Filipinos yet unborn.”