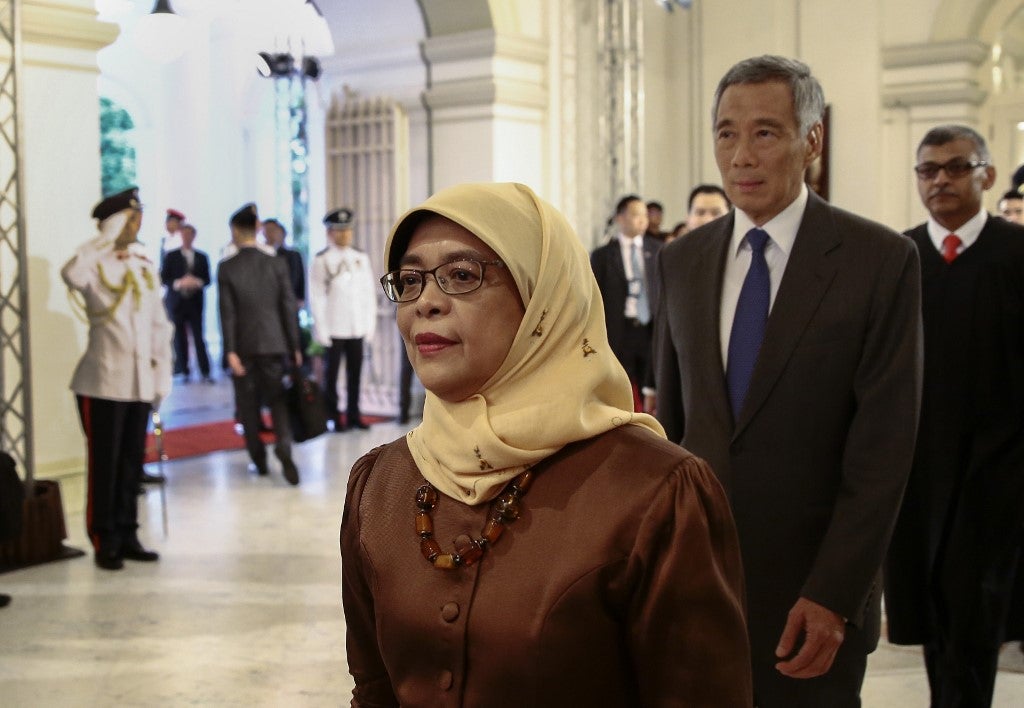 In a statement, the DFA said that Yacob will be in the country for a state visit from September 8 to 12 on the invitation of President Rodrigo Duterte.

The DFA said Yacob will hold a bilateral meeting with Duterte on September 9 to discuss areas of mutual interest and to further bilateral political, economic, cultural and people-to-people engagement.

The Singaporean leader is also scheduled to visit Davao City, Duterte’s hometown, during which she will visit the Philippine Eagle Center and hold a dialogue with the Mindanao youth.

The DFA added that Yacob, the first female President and first Malay head of Singapore in 47 years, would also meet Philippines-Singapore Business Council in a luncheon in Manila.

The Singaporean leader’s visit to the Philippines will mark the apex of this year’s celebration of the 50th anniversary of the establishment of diplomatic relations between the Philippines and Singapore, the DFA said. /je