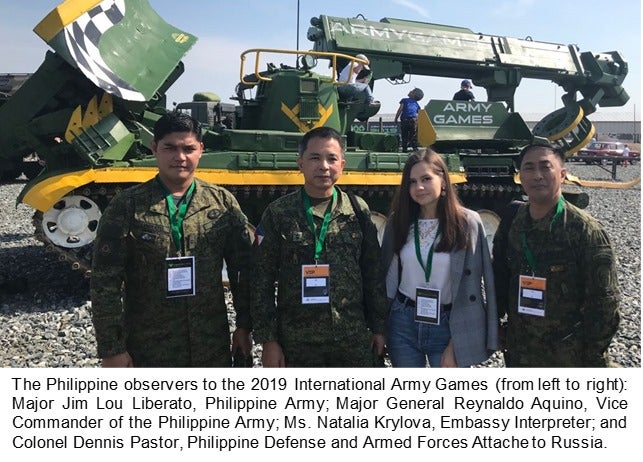 MANILA, Philippines — The Philippine Army is looking into the possibility of sending a delegation for next year’s International Games in Russia.

“The Philippine Army team assessed the potential of sending a delegation to participate in the 2020 International Army Games, taking into consideration the vehicles and equipment used, as well as the applicability of the skills needed in the games in the Philippine setting,” he said in a Facebook post on Monday.

In 2018, the Philippines joined the International Army Games for the first time by sending some of its snipers for the shooting category.

The International Army Games is a military sports event hosted by the Ministry of Defense of Russia that involves dozens of countries.

For this year, more than 200 teams from 25 countries joined various competitions and displayed their skills using more than a thousand military assets. /kga