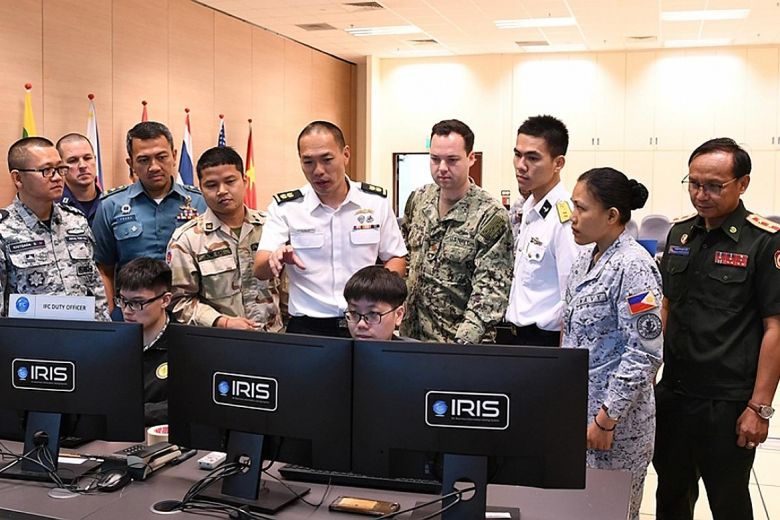 SINGAPORE — The first Asean-United States Maritime Exercise has begun with maneuvers in international waters in Southeast Asia, including in the Gulf of Thailand and the South China Sea.

Eight warships and four aircraft from seven countries, and more than a thousand personnel representing all 10 Asean states and the US are taking part in the exercise, a US Navy statement said on Sunday.

The Republic of Singapore Navy’s (RSN) Formidable-class frigate RSS Tenacious is among the vessels involved in the five-day exercise, which is being co-led by the US and Royal Thai navies.

Vice-Admiral Phil Sawyer, who is commander of the US 7th Fleet, said in a statement on Sunday: “Our forces sail together during exercises throughout the year and have done so for decades.

“(The exercise) provides a new multilateral venue to work together on shared maritime security priorities in the region.”

Singapore’s Ministry of Defense, in a statement yesterday, said the participating navies would work together to simulate identifying and locating vessels suspected to be conducting illegal activities. Boarding teams from the various navies will also be conducting search and seizure operations.

Commander of the First Flotilla from the RSN, Colonel Lim Yu Chuan, said: “The exercise is a useful platform for the navies of Asean member states to engage with the United States Navy to strengthen practical cooperation, enhance understanding and build confidence, by working together to deal with maritime incidents at sea.” 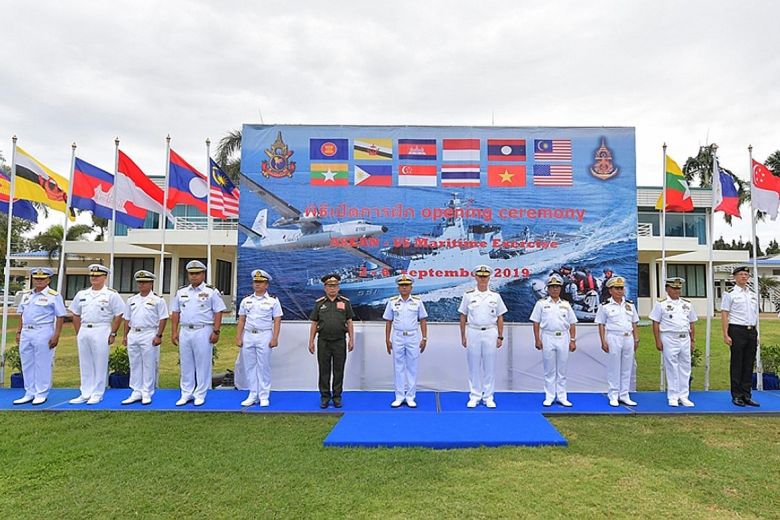 The opening ceremony for the five-day exercise took place at Sattahip Naval Base in Thailand yesterday.PHOTO: MINDEF

“It is important for navies to cooperate with each other to protect the key maritime trade routes and work towards safer seas for all,” Col Lim, the commanding officer of 185 Squadron, added.

Yesterday’s opening ceremony took place at Sattahip Naval Base in Thailand, and the exercise will conclude on Friday.

The exercise was first proposed at the Asean Defense Ministers’ Meeting Plus (ADMM-Plus) in 2017 and confirmed during the 12th ADMM last October.

While this is the first exercise of its kind with Asean, the US Navy has conducted engagements, exercises and port visits in South-east Asia for decades.

Mindef added that Singapore’s participation in the exercise reaffirms the excellent and long-standing defense relationship between the Republic and the US, and Singapore’s long-standing support for the US’ engagement of the region.

The first Asean-China Maritime Field Training Exercise took place in October last year in Zhanjiang, China. It was co-organized by Singapore and China.