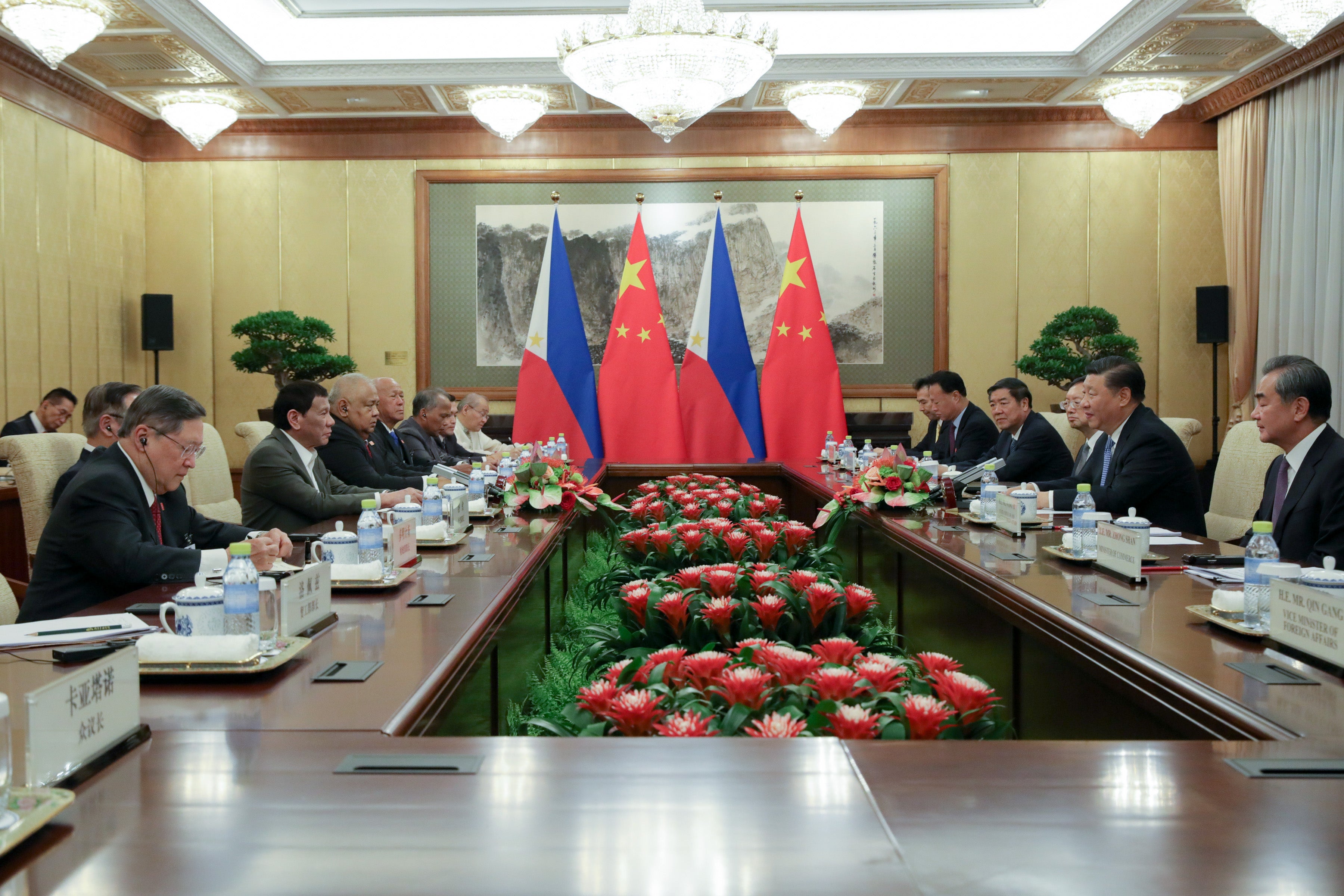 BEIJING- Chinese President Xi Jinping reiterated during his bilateral meeting with President Duterte here on Thursday night that China will not change its mind in rejecting the Philippines’ landmark win in the international arbitral court, according to Malacanang spokesperson Salvador Panelo.

As he had promised, Panelo said the President was “steadfast” in discussing with Xi the country’s sovereign rights in the West Philippine Sea, waters within the Philippines’ 370-kilometer exclusive economic zone in the South China Sea, as recognized by the Permanent Court of Arbitration in The Hague.

“He said that the arbitral award is final, binding and not subject to appeal,” Panelo said in a statement.

“In response, President Xi reiterated his government’s position of not recognizing the arbitral ruling as well as not budging from its position,” he said.

However, he said both leaders agreed on the importance of crafting the Code of Conduct in the South China Sea before Mr. Duterte steps down from power in 2022.

The Palace official said the Chief Executive also expressed his view that having a Code of Conduct would help resolve various territorial conflicts in the disputed sea region involving several member-states of the Association of Southeast Asian Nations.

Said Panelo: “President Duterte and President Xi agreed on the importance of self-restraint and respect for freedom of navigation in- and overflight above- the South China Sea.”

Despite his failure to convince his Chinese counterpart to honor the arbitral court ruling, Mr. Duterte said his eight meeting with Xi “went very well.”

Panelo said both leaders agreed that their respective country’s overlapping claims in the South China Sea should not affect their improved diplomatic relations and continued cooperation, including the possibility of engaging in joint explorations in the West Philippine Sea.

Meanwhile, he said Mr. Duterte appreciated the apology offered by a Chinese fishing group to 22 Filipino fishermen who nearly died after a Chinese trawler hit their fishing boat while anchored at Recto Bank in the West Philippine Sea on June 9.

“He expressed appreciation of China’s readiness to provide compensation to our fishermen who almost lost their lives,” Panelo said.

Both Xi and Mr. Duterte witnessed the signing of six new agreements during their bilateral talks, including two loan agreements between the Department of Finance and Chinese financial institutions. /muf