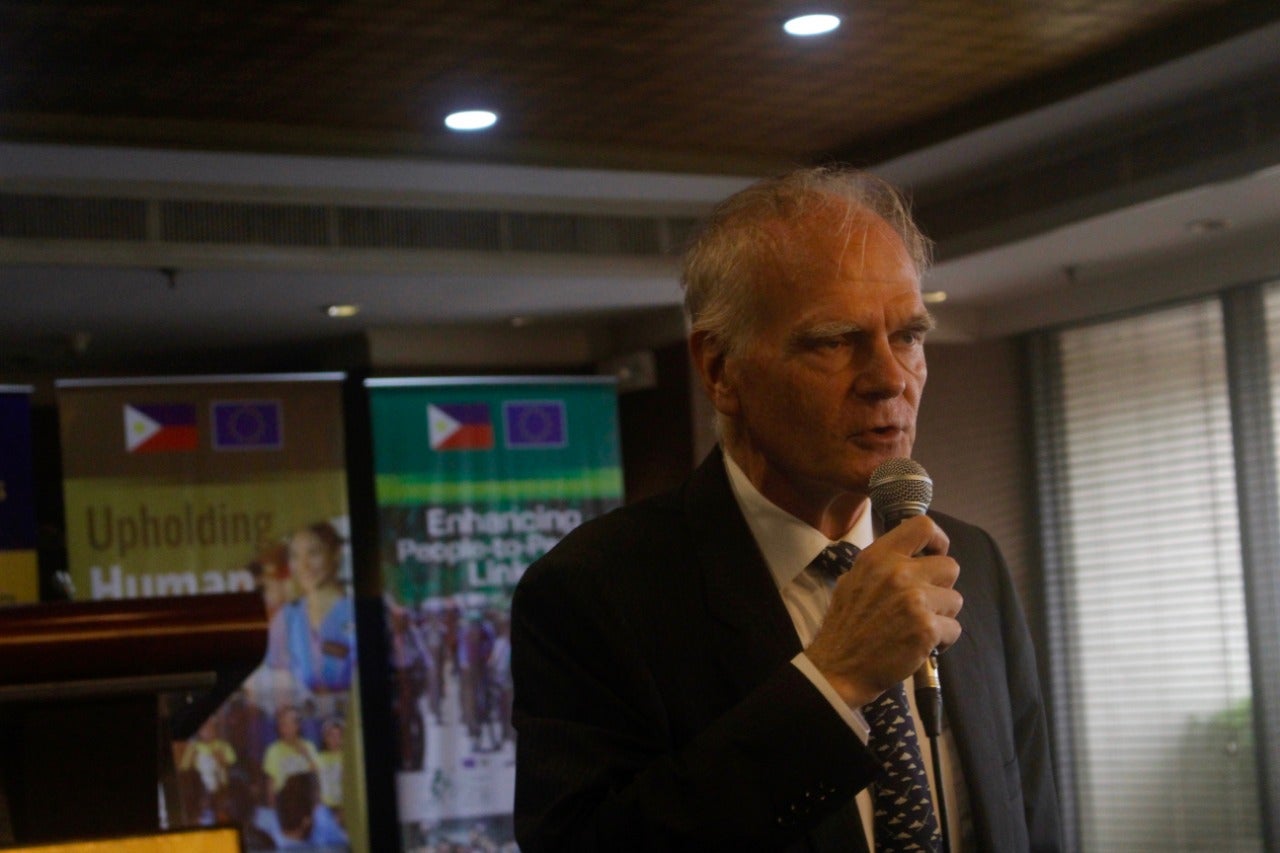 MANILA, Philippines – How should the next European Union (EU) top diplomat in the Philippines handle the affairs in an area with a heavy political atmosphere like Manila?

“Don’t react immediately when things are happening, maybe step back and wait for a little bit before you react,” Jessen said in a farewell breakfast held with Manila-based reporters on Tuesday in a Makati hotel.

“The thing is, there’s no point in getting in a tit for tat discussion in public here,” he added.

Jessen also said nothing but kind words to hardworking Filipinos, although he admitted that the Philippines — with all the cultures influencing it — is a complex country.

“The Philippines is not an easy country to understand,” Jessen said, drawing laughter from the audience.  “It is a country that in many ways is very complex, the quick highlight is that it is a very proud country… its very proud individuals.”

He also advised against stereotyping and simply associating the Philippines with other Hispanic Central and South American countries, saying that it is “very Asian” and could be compared to Japan.

“Sometimes, many Europeans when they come here, they look at the Philippines and after a few weeks they say this is just like Central America, it’s like Mexico, Spain.  And I think that’s a very misleading comparison,” Jessen stressed.

“You do have that (Hispanic) element […] But then you have the other element which the Philippines in some respects, is an extremely Asian country.  I’ve worked in Japan, China, Vietnam, and to some extent, the typical Asian characteristics are probably more pronounced in the Philippines,” he explained.

Jessen, who has been deployed to the Philippines for four years now, will end his stint on Friday.  He is set to return to Europe in the coming weekend.

Under his tenure, Jessen proudly announed that the strong ties between the Philippines and EU have been maintained despite several issues like allegations that EU funded communist rebels and some EU member-states’ criticism of President Rodrigo Duterte’s drug war.

Earlier, Jessen also insisted that they do not fund the Communist Party of the Philippines (CPP), which is listed as a terrorist organization.  Helping CPP, he said, would mean going against their own laws.

Jessen’s successor has not been named but the deputy head of delegation, Thomas Wiersing, would take over the EU Embassy’s affairs for the meantime. /jpv