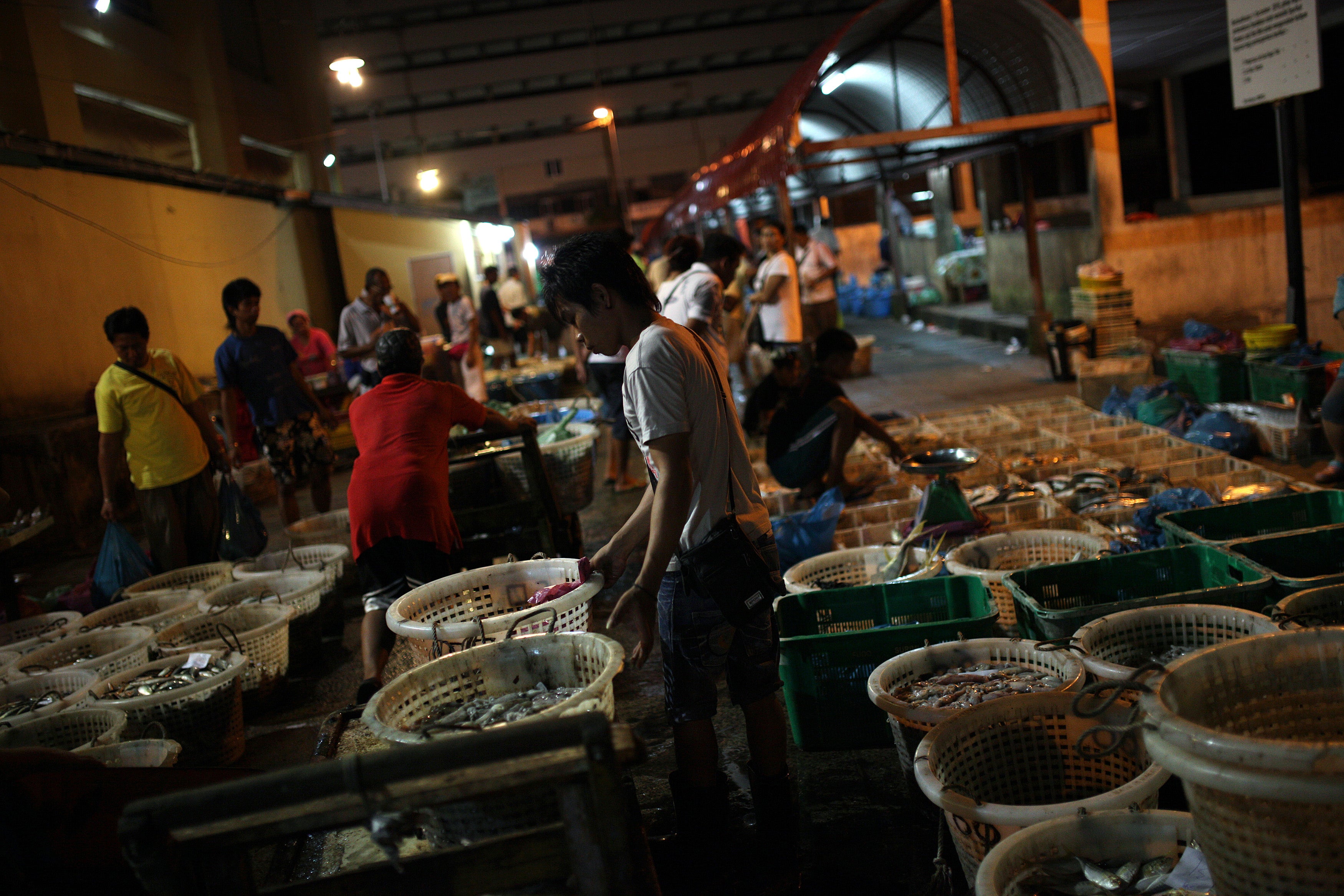 Laborers arrange baskets full of different kinds of fish for customers at the Sandakan central fish market in the Malaysian Borneo state of Sabah on February 4, 2013.  AFP FILE PHOTO

He said the event was part of the government’s effort to cut down and hopefully stop the smuggling of goods to neighboring countries, especially subsidized products.

Shafie added that local company Sawit Kinabalu would be in charge of producing the cooking oil for the barter trade.

As for the subsidized fuel for targeted Malaysian citizens in Sabah, Shafie added that Benta Wawasan Sdn Bhd would be tasked with producing the product which is branded BESS.

“There will be sales of these subsidized cooking oil at the same event, but they are only for eligible Malaysian citizens, ” he said.

He said the event would enable authorities and citizens from both the Philippines and Indonesia to know which Sabah government products were for sale locally and which were for sale or barter trade with them.

Shafie said the event was needed for Sabah following Indonesia’s proposal to shift its capital city from Jakarta to Kalimantan, close to Sabah borders.

He said the economic impact of this shift would be huge and there was a need for Sabah to take measures to prepare for it.

“Indonesia will see a change in its administration following the shift if it is realised. They might have their own food and oil produce but we too must be prepared to face any eventualities, ” he said.

The barter trade was revived in Sabah after a two-year ban following concerns of smuggling and other cross-border crimes at the affected locations and the districts involved are Sandakan, Tawau and Kudat.