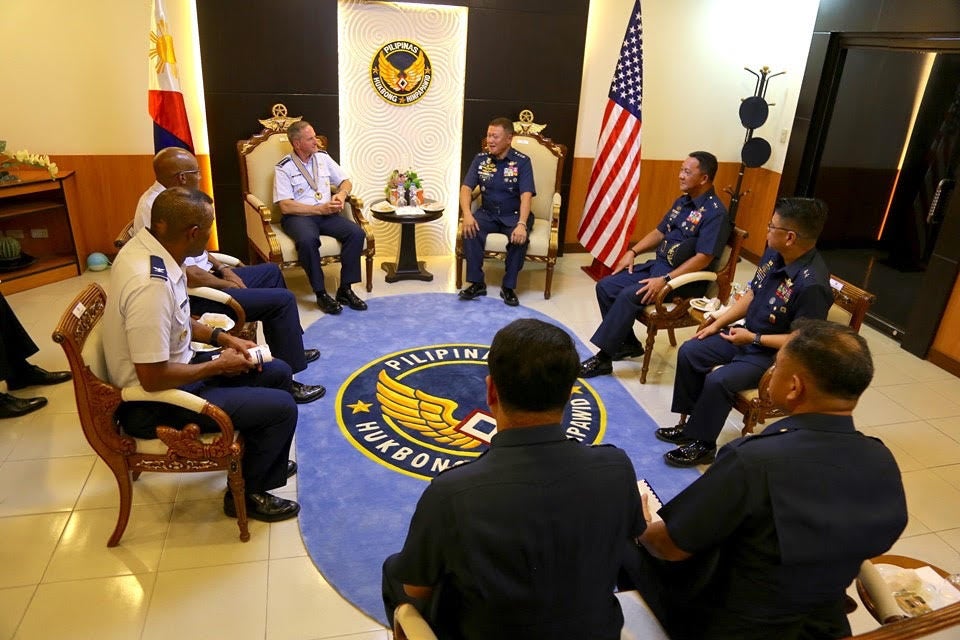 Photo from US Embassy Manila

MANILA, Philippines — The US Air Force has been playing a big role in maritime domain awareness in the South China Sea to ensure that the disputed waterway will remain free and open.

US Pacific Air Forces commander Gen. Charles Brown said they are supplying “accurate information” for the decision-makers and to their partners in the region to have a broad situational awareness that they can use for their own needs and missions.

“One of our key goals with our partners here is to provide domain awareness, both in the air and in this case, in the maritime. So we have a good understanding of what’s going on,” he said in a telephone briefing with reporters while in Manila.

“So, in negotiations in support of our diplomats, they have accurate information based on our ability to provide it to them, to ensure we can have that access to the global commons as well as ensuring a rules-based international order is adhered to,” he added.

Beijing claims most of the South China Sea based on its mythical nine-dash line, which had already been rejected by an international court in 2016. Its claims included territories also being claimed by the Philippines, Vietnam, Taiwan, Malaysia, and Brunei.

It has turned reefs and islands into military outposts, deployed warships and maritime militia to reinforce its territorial claims in the contested waterway.

While the US is not a claimant, it is making itself felt in the region to relay a message that it would not waiver in supporting allies in its commitment to protecting them against Chinese aggression.

‘No let-up in FONOPS’

US Air Force chief of staff Gen. David Goldfein in the same briefing vowed that the US has no plans to cut down its freedom of navigation patrols in the South China Sea, which prompt rebukes from China.

“There will be no let-up in our willingness or our ability to fly or sail where we need to and when we need to,” he said.

“We are absolutely doing freedom of navigations both in the air and at sea. They are coordinated and they are focused on ensuring that we all maintain access,” he added.

Brown, meanwhile, said these FONOPs are also meant to deter those that do not follow rules-based order.

“We have to highlight the facts when those that don’t follow rules-based international order, no matter who might that be, we do highlight that. So part of our operations (is) to deter, or also prove the fact that you should be able to fly, sail, and operate no matter what nation you are, where international law allows,” he said.

“I think quite frankly any activity that we see both at sea and in the air, and increasingly now we’re also having the same conversation in space and in cyber, has got to adhere to some international rules of order that we all live by.  So, anybody in the region that violates those, it’s concerning,” Goldfein said.

Goldfein and Brown were in the Philippines from August 15 to 18 to meet defense and military officials, including AFP chief Gen. Benjamin Madrigal Jr. and Air Force chief Lt. Gen. Rozzano Briguez.

The visit comes a few months after Brown’s first official visit to Manila.