Palace chides Chinese envoy: OFWs are in China to work, not to spy |
Close
menu
search

Palace chides Chinese envoy: OFWs are in China to work, not to spy 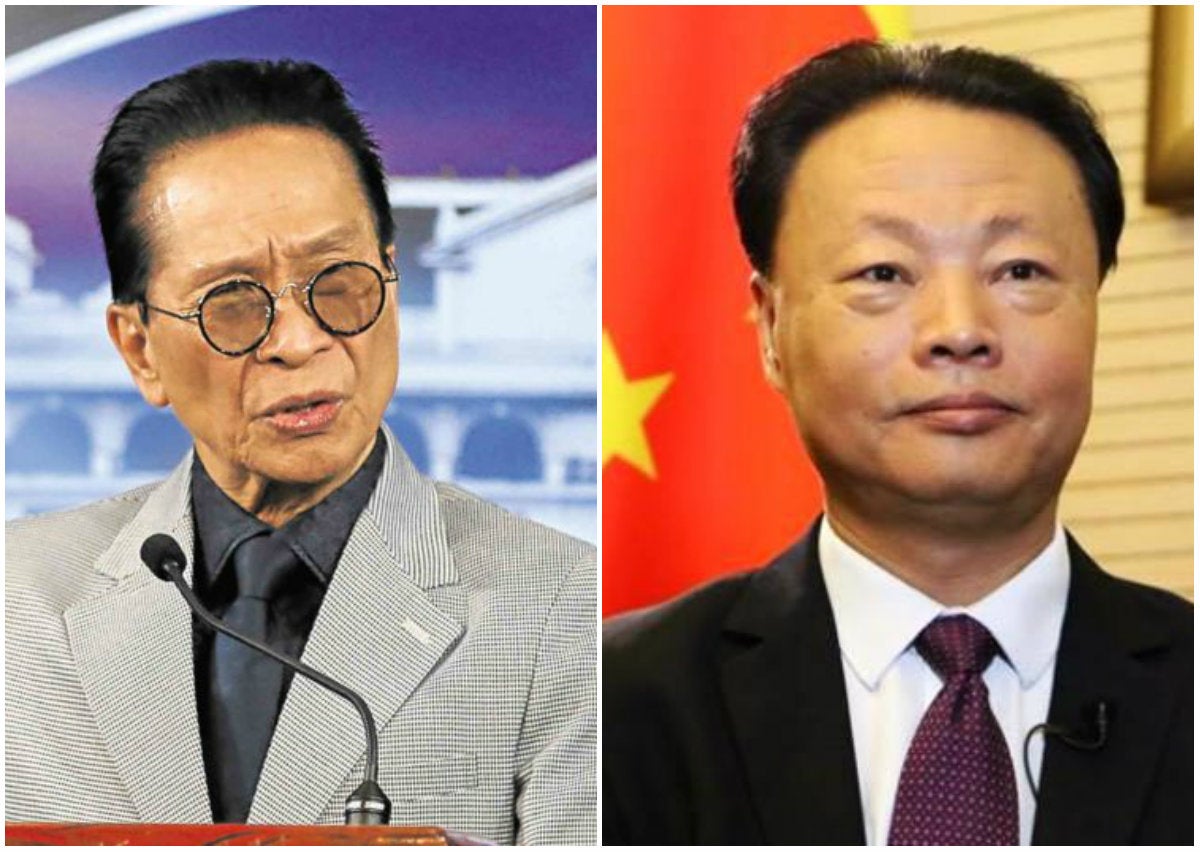 MANILA, Philippines – Overseas Filipino workers (OFWs) in China are there to work and not to spy on the Chinese government, Malacañang said Monday in a rebuke to the statement of Chinese Ambassador Zhao Jianhua.

Zhao said OFWs in China may be accused of spying after Defense Secretary Delfin Lorenzana raised concerns that the Chinese-run Philippine offshore gaming operators (POGOs) near major military camps may shift their operations to spying.

“The Office of the President shares the sentiment of Secretary Lorenzana and Secretary Pernia when they said that the OFW went to China for the purpose of work,” presidential spokesperson Salvador Panelo said in a Palace briefing.

“Moreover, there is no place where they converge to work,” Panelo added.

The Palace official told reporters on Saturday that Zhao sent him a text message, saying: “What if we also think that your overseas workers are also spying on us. What can you say about that?”

READ: Envoy to Panelo: What if China suspects OFWs of spying, too?

At that time, Panelo’s reaction was that “maybe the problem is we are too security conscious.”

He also said Monday that President Rodrigo Duterte was not worried about the presence of Pogo hubs near military camps.

“Not that much. No, given the logic of what he was saying, he is not worried.”

Panelo said the President told him that considering current technologies, “even if they are far away from China if they want to spy on us, they can.”

He reiterated that Zhao’s remark on OFWs spying in China was just his sentiment.

“It appears to me that it’s just his sentiment,” Panelo said.

Read Next
Pimentel: ‘There are no Filipino spies in China’
EDITORS' PICK
Authors unbowed after gov’t ‘purge’ of books
Powered by style, innovation and passion
A laptop that maximizes your WiFi so you can maximize your productivity
Red-tagged green activist recalls imprisonment
House energy committee chair Arroyo bats for cheap electricity
‘FPJ’s Ang Probinsyano’ officially ends after nearly 7 years
MOST READ
Arjo Atayde reveals proposal to Maine Mendoza was ‘more than a year’ in the making
SRA officials should resign after ‘illegal sugar order’ – Zubiri
‘FPJ’s Ang Probinsyano’ officially ends after nearly 7 years
Beermen aim to bundle out Bolts in first try at PBA Finals berth
Don't miss out on the latest news and information.