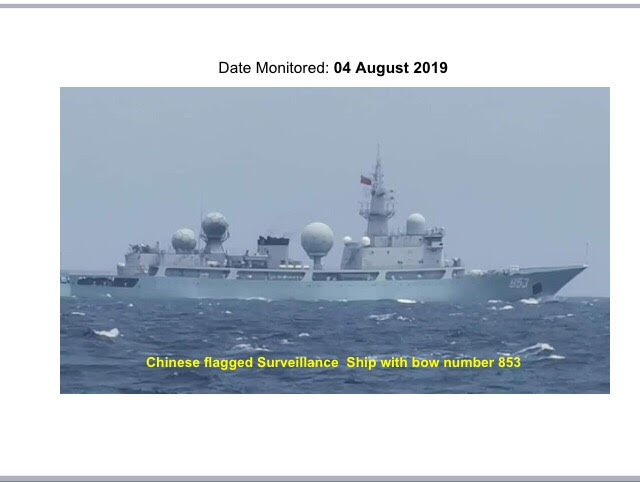 MANILA, Philippines — The Philippines should be consistent in protesting China’s intrusions at sea to spur international pressure and generate world opinion, a lawmaker said Monday.

The passage of Chinese warships in Philippine territorial waters without clearance from the government should not be tolerated, Senate minority leader Franklin Drilon said in an interview with CNN Philippines.

“From a policy standpoint, this must be corrected because as we keep on tolerating, it weakens further our claim in the West Philippine Sea if we allow them,” he said.

Defense Secretary Delfin Lorenzana and the military in recent weeks have questioned the unauthorized transits of Chinese warships in Philippine territorial waters. This time around, it’s not over the contested West Philippine Sea but in the southern Philippines.

The government had earlier protested the presence of Chinese warships and survey ships passing through the country’s territorial waters without permission.

But the unannounced presence of warships continued even if Chinese ambassador Zhao Jianhua said that their warships would be required to inform their embassy when navigating Philippine waters.

Because the Philippine military does not have enough capability to stop the Chinese who have seemed impervious to objections, Drilon said that diplomatic pressure should be used instead.

“Obviously, we can’t wage a war against China. But through diplomatic pressure and exposing them to international pressure, we can generate world opinion to put pressure on China,” he pointed out.

“We have no military capability but we have venues in the world stage available to us to bring these issues to international bodies,” he said. /je