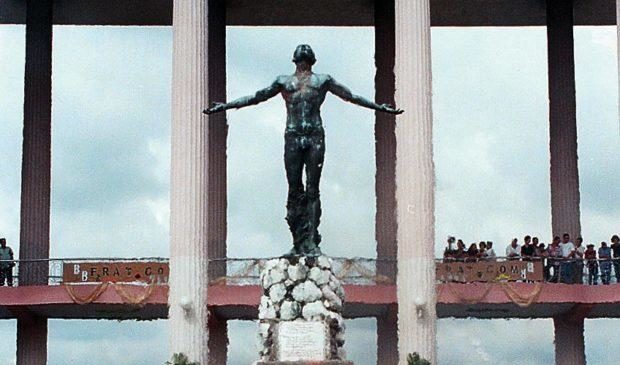 The Oblation in front of Quezon Hall in the University of the Philippines campus in Diliman, Quezon City. (File photo from Philippine Daily Inquirer)

UP placed seventh in terms of clinical and preclinical health research citations after garnering a score of 98.8 in the 2019 Times Higher Education (THE) World University Rankings.

The Philippine Council for Health Research and Development explained that citation scores “indicate the number of times a research has been cited in other research outputs.”

“The score serves as an indicator of the impact or influence of a research project which other researchers use as reference from which they can build on succeeding breakthroughs or innovations,” it added.

Meanwhile, UP ranked in the 126th to 150th spot in the overall rankings of universities in the fields of medicine, dentistry, and other health subjects.

The overall score took into consideration not only the health research citation score, but also the industry income, international outlook, research, and teaching.