Philippine Navy mulls putting up a detachment on Fuga Island 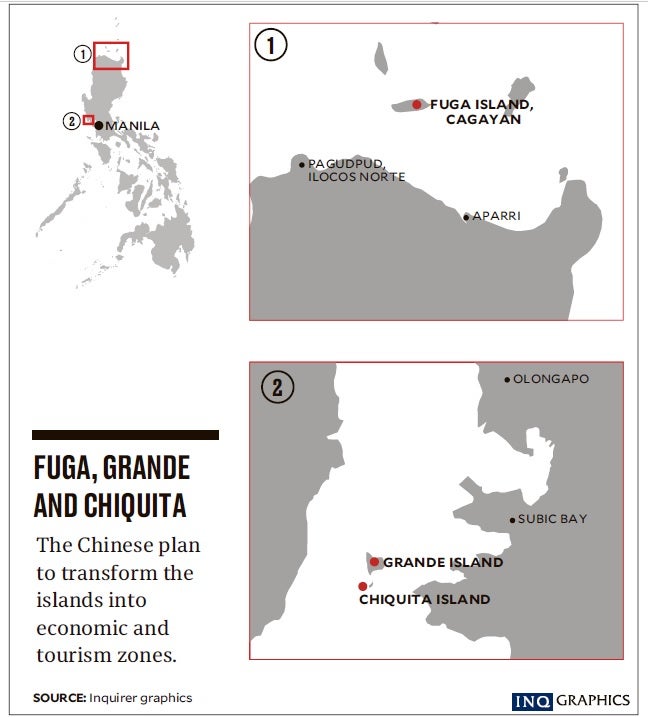 “I have talked to the Navy and the Navy suggested maybe we should put a detachment there at the tip of Fuga to monitor what’s happening there,” he said in an interview with ABS CBN News Channel.

The island has “a very strategic crossing for our ships,” he said.

The remote Fuga Island in the Babuyan archipelago is one of the three strategic islands in Luzon that Chinese investors have shown interest to develop into economic and tourism hubs. The Philippine military has raised its concerns that it could compromise national security.

Lorenzana said he has asked the Cagayan Economic Zone Authority (CEZA) Secretary Raul Lambino to give him copies of the documents on the Chinese plans for Fuga Island so its security implications could be studied.

Fuga Island is owned by Isla Fuga Pacific Resort Inc. and CEZA is only an administrator of its development.

The defense chief said he will meet with the Subic Bay Metropolitan Authority next week to discuss the developments on Chinese-backed investments in Chiquita and Grande Islands.

The two adjacent islands are at the mouth of Subic Bay, a former US naval base.

“We will ensure that those islands will not be used to spy on us or used as staging point for any adverse actions on our interest in Subic Bay,” Lorenzana said.

“That’s where we will park our capital assets later on. We don’t want anybody monitoring us, we are not sure if they are with us or for somebody else,” he added. /kga