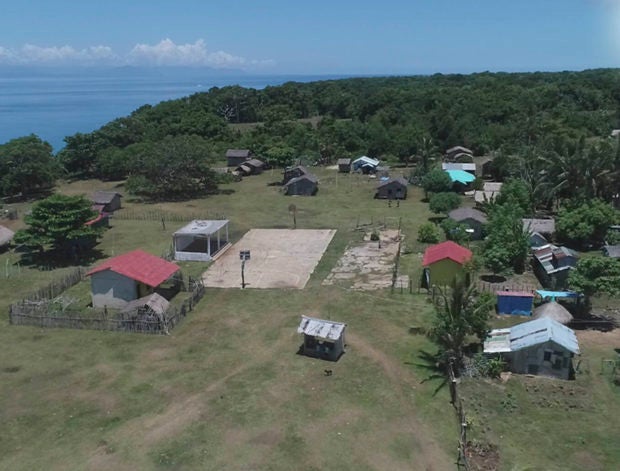 Two government agencies that earlier entertained Chinese-led projects on three strategic islands in northern Philippines have begun to distance themselves from the big-ticket investments after concerns about national security were raised.

The investment plans were part of the business deals signed by Filipino and Chinese companies on the sidelines of President Rodrigo Duterte’s visit to Beijing in April for the Belt and Road Initiative Forum.

After the Inquirer reported the security concerns aired by the Philippine Navy about these projects, the Ceza and the SBMA said in separate comments that the deals had not yet materialized.

Ceza administrator and CEO Raul Lambino clarified reports that Xiamen-based Fong Zhi Enterprise Corp., which wants to put up a $2-billion “Smart City” on Fuga Island in Cagayan province, had yet to submit a “concrete” proposal.

Lambino said Fong Zhi had the option to register under Ceza as a locator since Fuga was not owned by the government but by a private company, Isla Fuga Pacific Resort Inc.

“But if they submit their application to Ceza, we can reject it if we determine that it is not for the country’s interest, especially if national security concerns and issues are involved,” he said in a text message.

“The government, through Ceza, merely acted to promote it as [an] attractive tourism destination given its pristine white sand beaches,” he said.

He played down the island as an investment destination, changing his tone months after he released a statement that boasted the Chinese investment commitments Ceza got back in April.

“I am not optimistic at all that investments from China or other countries will pour into Fuga given its lack of infrastructure and [the] difficulty of going there now,” he said.

Lambino said the government had to first improve the infrastructure “before serious investors will consider their options.”

The SBMA also appears to be cool to Chinese investments on two islands at the mouth of Subic Bay in Zambales province.

It has deferred a proposal by Sanya CEDF Sino-Philippine Investment Corp. to put up hotels and recreational facilities worth $298 million on neighboring Grande and Chiquita islands.

“It’s true that a group of Chinese investors wanted to take effective control of the islands to further develop them as tourism destinations. But we saw some problems about the proposed activities,” SBMA Chair Wilma Eisma said in statement.

Sanya CEDF Sino-Philippine Investment Corp. recently gained majority shares in the company that holds the lease and development rights to the two islands.

Eisma said the company had planned to build 80 ultrahigh-end housing units perched on water along the coast of Grande up to Chiquita.

“This cannot be allowed because the Constitution limits the use and enjoyment of archipelagic waters exclusively to Filipino citizens,” she said.

She added: “Moreover, Executive Order No. 65, or the 11th Regular Foreign Investment Negative List, prohibited the presence of any foreign equity in the utilization of marine resources in archipelagic waters.”

According to Eisma, there had been changes in the corporate control or ownership of GFTG Property Holdings Corp., which holds the lease to the two islands. These changes were made without the consent of the SBMA, she said, adding that this “violated the lease and development agreements that GFTG had signed with SBMA.”

On May 19, the SBMA board of directors passed a resolution withdrawing the consent to the changes in control and ownership of GFTG.

The board also noted the need for “further coordination between the SBMA and the Department of Finance with respect to this change in the control/ownership of GFTG, including the payment of appropriate taxes for the transfer of shares of GFTG.”

“The net effect is that the company’s proposal for Grande and Chiquita islands did not progress, and the project is currently nonoperational,” Eisma said.

Records from the SBMA business and investment group indicated that Grande and Chiquita islands had been leased to various investor groups since 2002.

The development plan for the islands included the establishment of hotels, restaurants and recreational facilities, as well as the operation of boat service to and from Grande Island.

GFTG had initially committed to invest P180 million for a three-story, five-star hotel, a marina parking area and recreational facilities there.

In April, the company brought in Sanya after supposedly signing a deal for partnership during Mr. Duterte’s visit to China.

The agreement, however, gave effective control of the project to Sanya, which gained 80 percent of the shares.

Hua Huang Yang, a Chinese investor who joined GFTG as partner in 2012, retained 20 percent from his previous share of 30 percent.

She said the SBMA was looking for “a suitable company” that could take over the development of the two islands to help boost the SBMA’s tourism program.