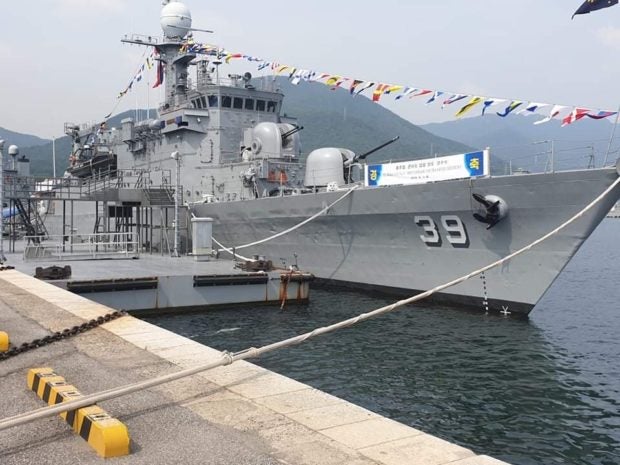 MANILA, Philippines — The Philippine Navy has commissioned a former Pohang-class corvette of the Republic of Korea Navy.

A handover and commissioning ceremony was held at Jinhae Naval Base in South Korea on Monday, which was witnessed by top Navy officials led by Flag Officer in Command Vice Adm. Robert Empedrad.

In his speech, Empedrad said the ship “will always be in shipshape condition and shall defend our country’s maritime waters with same valor as displayed by our hero Capt. Conrado Yap 68 years ago.”

The Navy is also looking into acquiring two more vessels of the same type.

The newly-commissioned vessel will be accompanied back to the Philippines by BRP Davao del Sur (LD-602), which recently participated in the Russian Navy anniversary in Vladivostok.

But their departure from South Korea will have to wait for a few days because they might encounter bad weather on their way back to the Philippines.

“What’s certain is that they will not sail for Manila tomorrow (Tuesday),” said Navy spokesperson Capt. Jonathan Zata./ac