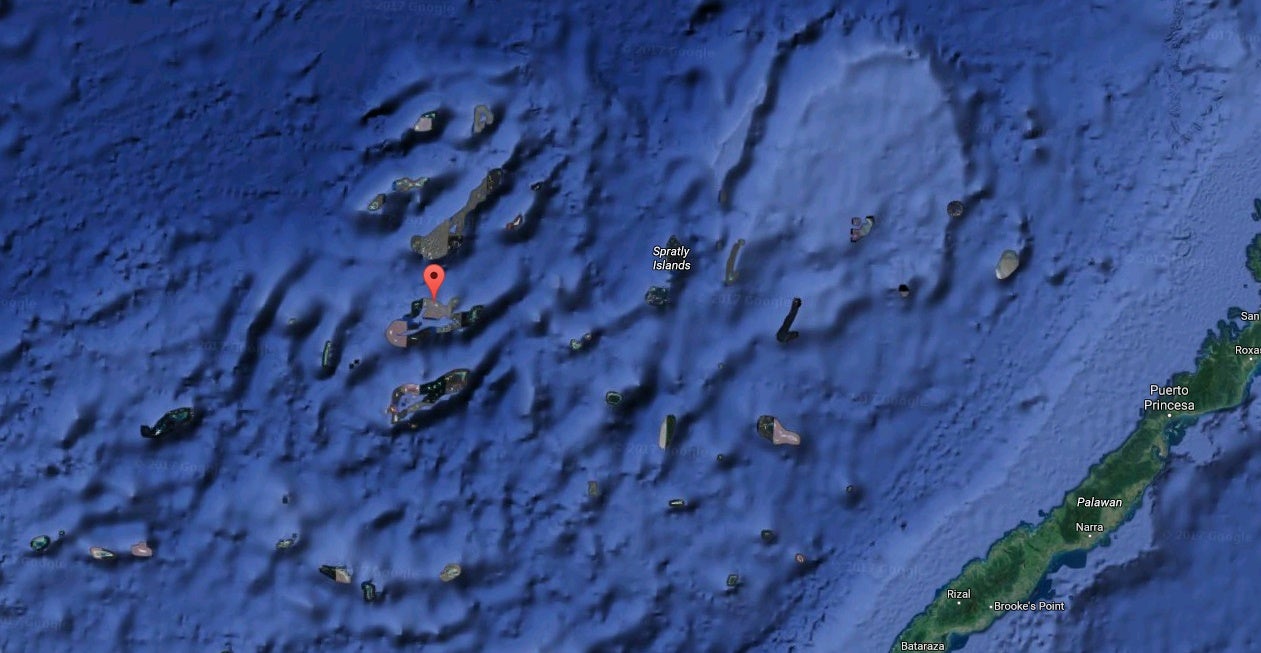 MANILA, Philippines — The Philippines has filed a diplomatic protest with China over the encirclement of Sandy Cay by more than a hundred Chinese vessels last week and the sailing of Chinese warships through southern Philippine waters without permission from Filipino authorities.

Sandy Cay is one of three sandbars near Pag-asa Island, the Philippines’ largest outpost in the Spratly archipelago in the middle of the heavily disputed South China Sea.

Esperon, a former chief of staff of the Armed Forces of the Philippines, said the Coast Guard and the Bureau of Fisheries and Aquatic Resources (BFAR) were patrolling the waters around Sandy Cay, which was surrounded by Chinese vessels last week.

He said that on July 25, 113 Chinese vessels were seen around the sandbar, almost double the number of ships from China counted there on Feb. 8.

“I have recommended diplomatic action with regard to that,” Esperon said, adding that there was no cause for alarm as only three Chinese ships were in the area as of Tuesday because of a weather disturbance.

Apart from China’s swarming tactic at Sandy Cay, the Philippines also protested the passage since February of Chinese warships through Sibutu Strait in Tawi-Tawi without permission from local authorities.

“In our customs and traditions and agreements, they always advise the host country and ask for diplomatic clearance. And once clearance is given, they are even invited to come to port,” he said.

Esperon said the Philippines had not lost any island in the South China Sea under the Duterte administration.

“We are strengthening our positions which are in our possession. Many have claimed that they have already been given away. That’s not the case. We are improving our positions there,” he said.

Apart from the construction of a beaching ramp and the repair of the airstrip on Pag-asa, Esperon said the government was also looking to acquire high-flying unmanned aerial vehicles and an imagery satellite for monitoring movements in the West Philippine Sea, waters within the country’s 370-kilometer exclusive economic zone in the South China Sea.

Esperon said lighthouses had been built on several Philippine holdings in the West Philippine Sea and five more would be put up in the Kalayaan Group of Islands.

Esperon was the second security official to criticize China’s actions in the South China Sea since Monday, when the Chinese ambassador to Manila, Zhao Jianhua, said Beijing’s intentions in the region were peaceful.

On Tuesday, Defense Secretary Delfin Lorenzana blasted China for its bullying actions in the South China Sea, and said Beijing’s assurances of peaceful intentions contrasted with its behavior in the hotly contested waters.

“They say we do not bully people around, they follow international law, but I said you are not, what you are telling is not what you are doing on the ground,” Lorenzana said, commenting on Zhao’s speech at the observance in Manila of the anniversary of the People’s Liberation Army.

Unless China does what it says, its words will be doubted and Filipinos will continue to look at Beijing with mistrust, Lorenzana said. —With reports from Christia Marie Ramos and AP