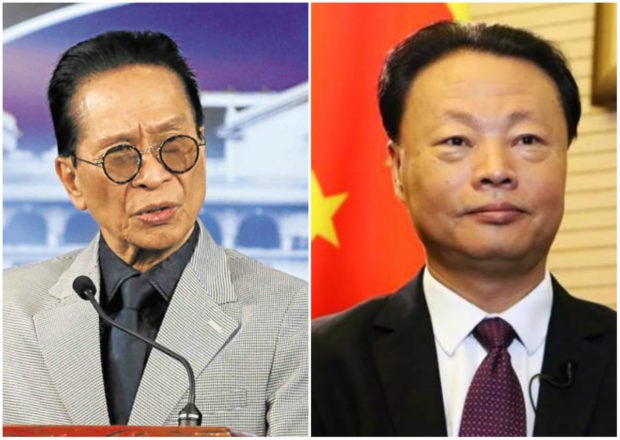 MANILA, Philippines—”We do not take words of other countries on their face value.”

Presidential Spokesman Salvador Panelo said this Tuesday after China declared that it would not take the first shot amid the tension in the West Philippine Sea, noting that it only militarize territories in the disputed sea as self-defense.

Chinese Ambassador Zhao Jianhua, during the celebration of the 92nd founding anniversary of the People’s Liberation Army (PLA) in Makati on Monday, also underscored China’s commitment “to serving as a force for peace, for stability and for prosperity in the world.”

But Panelo said, “the President will always think beyond those words.”

“The President is mandated to protect the security of this country, as well as the Filipino people, hence he will anticipate what may come out of any aggressive action that this country may undertake vis-à-vis the conflict in that area,” he added.

The Philippines and its Southeast Asian neighbors Brunei, Malaysia and Vietnam have overlapping claims in the South China Sea along with China.

Maritime peace in the disputed territories was again tested when a Chinese trawler rammed and sank a Filipino fishing boat in Recto Bank, an area within Manila’s exclusive economic zone.

In his fourth State of the Nation Address, Duterte, who has been harshly criticized for shelving the Philippines’ arbitral victory against China’s expansive claim in 2016, said he would invoke the country’s arbitral victory “in due time.”