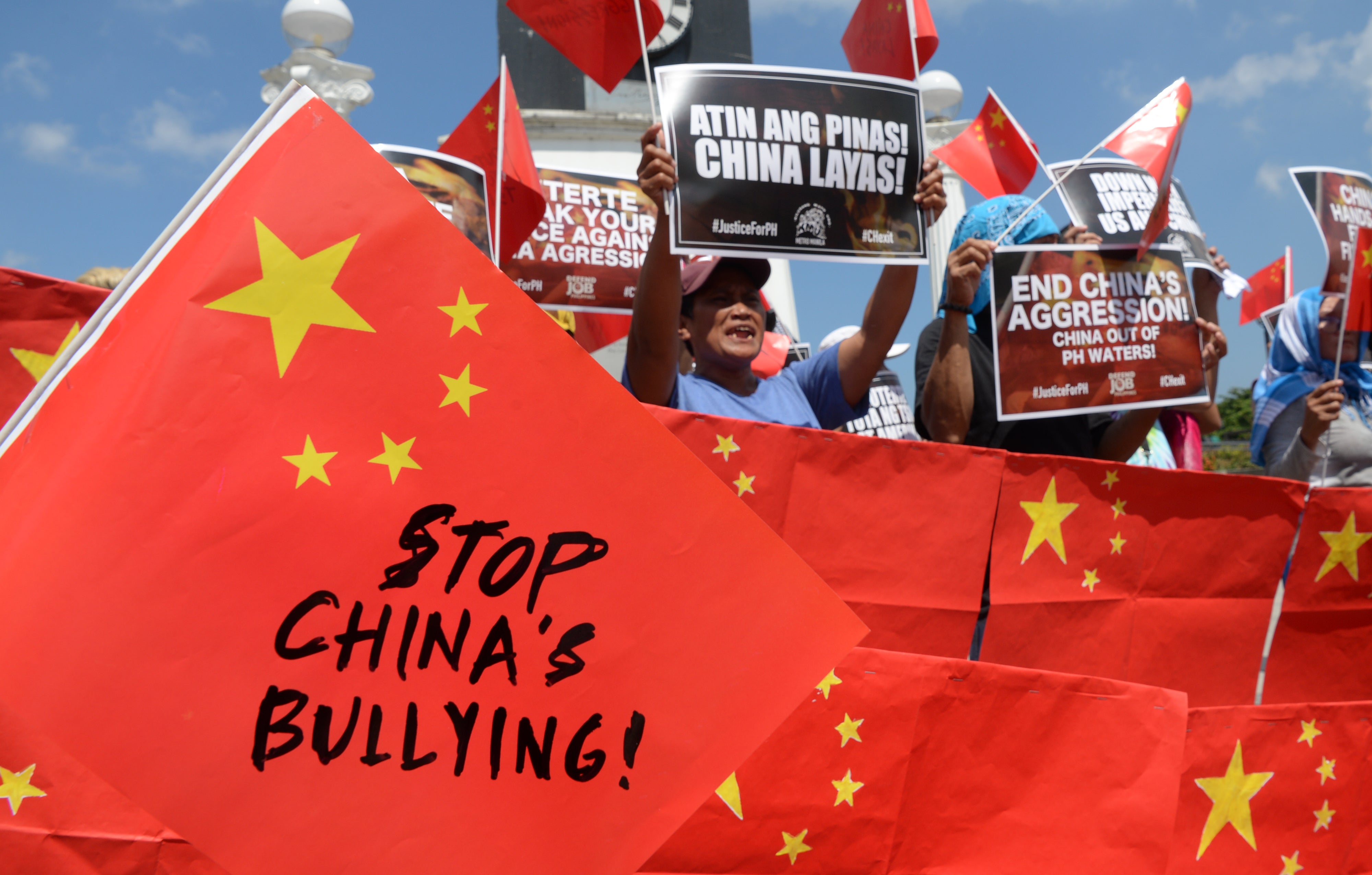 Activists display anti-China placards and flags during a protest at a park in Manila on June 18, 2019, after a Chinese vessel last week collided with a Philippine fishing boat which sank in the disputed South China Sea and sailed away sparking outrage. – The sinking of the Filipino fishing boat by the Chinese vessel in the disputed South China Sea was “just a collision”, the Philippine’s President Rodrigo Duterte said on June 17 as he moved to soothe anger over the crash. (Photo by TED ALJIBE / AFP)

HANOI — Vietnam has demanded China immediately end violations and withdraw all vessels from its waters and respect its sovereignty and jurisdiction to preserve bilateral relations and ensure peace and stability in the region, Foreign Ministry spokesperson Lê Thị Thu Hằng said last Friday.

She made the statement in response to reporters’ queries about Vietnam’s stance on the statement by a Chinese Foreign Ministry spokesperson on July 17 about the developments in the East Sea (South China Sea).

Hang said Chinese geological survey vessel group Haiyang Dizhi 8 recently violated Vietnam’s exclusive economic zone and continental shelf in the south of the East Sea, which belongs to Việt Nam in line with the 1982 United Nations Convention on the Law of the Sea (UNCLOS), to which both Việt Nam and China are members.

Vietnam had contacted the Chinese side many times via different channels and handed over diplomatic notes to protest the violations, she said, adding that Vietnam’s authorities at sea continued adopting proper measures to enforce the nation’s sovereignty and jurisdiction in a peaceful manner in line with international law.

“As confirmed by the Vietnamese Foreign Ministry’s spokesperson on July 16, Vietnam’s consistent stance is to peacefully struggle in line with international law against any violation of its sovereignty, sovereign right and jurisdiction over the seas defined in the 1982 UNCLOS,” she said.

The official said “maintaining order, peace and security in the East Sea is a common interest of countries both inside and outside the region. Vietnam wants concerned countries and the international community to protect and maintain this joint interest.”