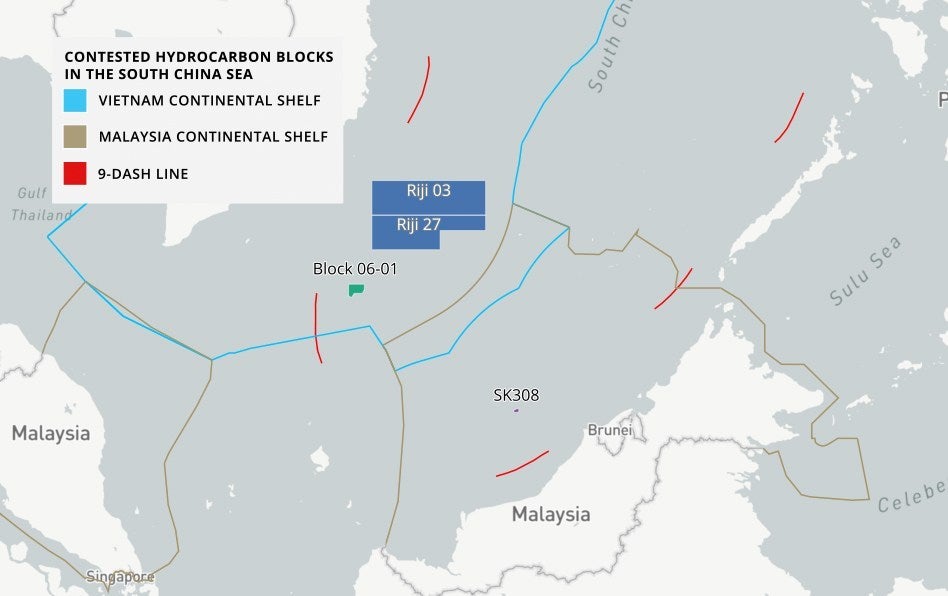 MANILA, Philippines —  The Philippines may have valuable lessons to learn from the ongoing standoff between Chinese and Vietnamese vessels in the South China Sea.

The standoff has been going on for weeks near an oil block within Vietnam’s exclusive economic zone (EEZ), according to an analysis released by the Washington-based think tank Asia Maritime Transparency Initiative (AMTI) early this week.

Vietnam on Friday accused China of “unlawful activities” by deploying a survey ship escorted by government and merchant marine vessels the past several days around Vanguard Bank to conduct a mapping mission within their EEZ and continental shelf.

The AMTI said it also monitored a similar situation between Chinese and Malaysian vessels near an oil and gas block in Luconia Shoals in May. A Chinese coast guard vessel tried to prevent ongoing drilling operations in the area, which lies on Malaysia’s continental shelf.

“This shows that Beijing is committed to trying to block unilateral oil and gas exploitation by its neighbors anywhere in the nine-dash line,” AMTI director Gregory Poling told INQUIRER.net.

Nine-dash line refers to China’s massive claims of about 90 percent of the entire South China Sea, which had been invalidated by the Permanent Court of Arbitration in 2016, however, Beijing still refuses to recognize the ruling.

Poling warned that Philippines may also face a similar situation with Malaysia and Vietnam in the future should it decide to unilaterally explore Recto Bank (Reed Bank), one of the areas within the country’s EEZ being considered by the government for a joint exploration with China.

But the analyst also observed that the incidents with Malaysia and Vietnam showed that China would only resort to bullying at most and is actually careful not to wage war over the South China Sea.

“It also shows that China intends to do so [block unilateral oil and gas operations] through bullying and intimidation, not force. When other parties stand up to that bullying and continue their commercial activities anyway, as Malaysia and Vietnam are, it most often convinces China to back down and try again some other time,” he said.

Poling added that these reports dispute the notion that pushing back against China means that it would automatically lead to a full-blown conflict, contrary to President Rodrigo Duterte’s claims that asserting the country’s rights over the West Philippine Sea could result to war.

“These incidents put the lie to the Duterte government’s insistence that any resistance to China’s demands means war,” the security expert said.

Poling explained that China’s South China Sea strategy was never about resorting to military force because it is concerned about its image in the global arena.

“If it uses force, it will be painted as an aggressor, it will undermine its desire to play a role as a global leader, and it will invite even greater involvement by outside powers,” he said.

He emphasized that China is also “less likely” to use force against the Philippines because the Mutual Defense Treaty with the United States would come into play.

The Philippines and the US are bound by the MDT, signed on Aug. 30, 1951, which calls for both states to come to each other’s defense in case of an armed attack.

US Secretary of State Mike Pompeo has assured the Philippines earlier this year that it will come to its aid in case of armed attack in the South China Sea. /jpv

Duterte: Seeking US help in sea row to bring PH closer to war with China