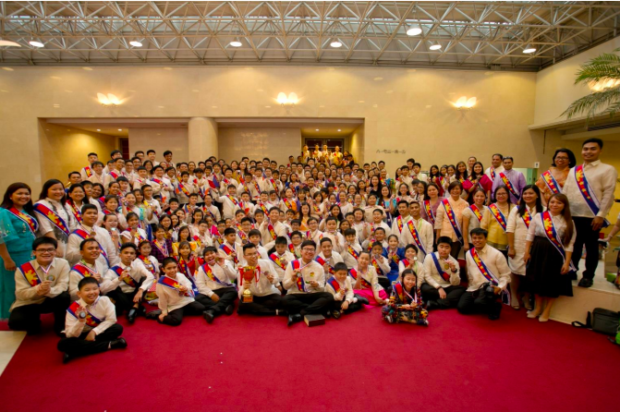 The Filipino delegation, composed of kindergarten to senior high school students, competed against 21 countries in the World Mathematics Invitational that happened last July 15 to 19.

CCF Life Academy Grade 12 student Lawrence Gabriel Dy received a Star of the World Cup for being one of the top scorers.

Meanwhile, Wesley Gavin Palomar, a Grade 9 student from Philippine Science High School Main Campus, received the Legend Award trophy which is given to those who received a diamond or gold medal for three consecutive years.

“We feel much fulfilled to have accomplished such a glorious feat as all 181 of our mathletes finished with individual medals after months of rigorous and rigid training and review,” Team Leader and President of the Asian MathSci League, Inc. (Amsli) Rechilda Villame said in a statement.

Read Next
2 Filipinos missing in Thailand after being swept out to sea – DFA
EDITORS' PICK
‘House of Kobe’ launched in Valenzuela City hours before hoops star’s death
SM continues to send relief assistance to remote towns in Batangas
DOH warns vs eating raw meat, exotic animals amid coronavirus outbreak
4 Ways Jollibee’s new store will serve a leveled-up kind of joy to Filipinos in the South
In appreciation: Kobe Bryant, a life defined by hard work
Get exciting deals and discounts when you download the new McDonald’s App
MOST READ
Kobe Bryant’s helicopter flew in fog that grounded other choppers
College baseball coach, wife and daughter die in crash that killed Kobe
Afghan passenger plane crashes in Taliban-held eastern area
3 Chinese admitted to San Lazaro Hospital after showing signs of flu
Don't miss out on the latest news and information.