globalnation / Philippines
Philippines
‘IN A MANNER THAT WILL RESPECT HUMAN RIGHTS’

US to ‘jointly combat’ illicit drug use with PH 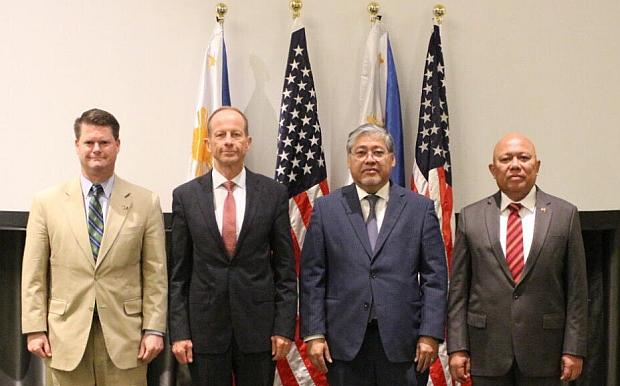 MANILA, Philippines — A ranking government official of the United States vowed to continue imparting knowledge to the Philippines on how to best combat illicit drug use that would respect human rights and the rule of law.

“Both of our countries face the challenge of illicit drug use. We remain committed to working together on evidence-based approaches to reducing drug demand by improving prevention, treatment, and rehabilitation services,” said David Stillwell, US assistant secretary of state for East Asian and Pacific affairs.

“I want to continue sharing information and best practices to jointly combat this common challenge in a manner that will respect human rights and the rule of law,” Stilwell added.

Stillwell’s remarks are part of a statement issued on Tuesday after the US and the Philippines concluded their 8th Bilateral Strategic Dialogue in Manila.

The statement comes nearly a week after United Nations Human Rights Council (UNHRC) adopted a draft resolution from Iceland urging an investigation into the human rights situation in the Philippines, including the killings linked to the Duterte administration’s brutal drug war.

The UNHRC, a body from which the United States withdrew in 2018, to adopt the resolution during its 41st regular session last July 11.

READ: In war of words over UNHRC probe, clarity is lost

The resolution has earned rebuke from President Rodrigo Duterte.

On Monday, his spokesman and chief legal counsel, Salvador Panelo, said the President was studying the Philippines’ possible withdrawal from the rights council.

The two governments also signed agreements during the talks to further foster educational exchanges between them. 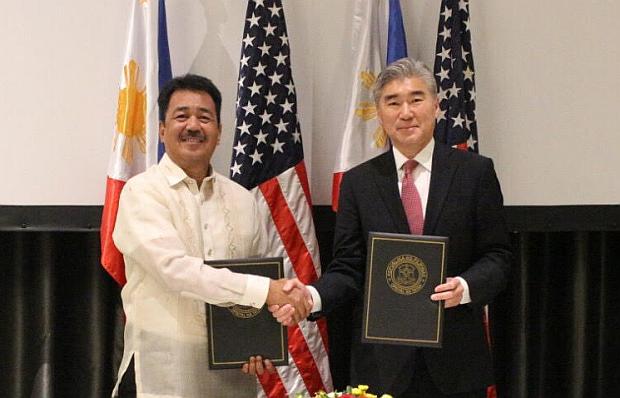 CHEd Chairman Prospero de Vera (left) and US Ambassador to the Philippines Sung Kim shake hands after the Philippines-United States Joint Statement on Education Cooperation was signed on Tuesday, July 16, in Manila. (Photo by VANESSA UBAC / Department of Foreign Affairs)

In a press conference after the two-day dialogue, Kim also announced a new fellowship program that would bring two young Filipinos to the US to study national security and international relations.

“We will be starting a new fellowship, the US-Philippines alliance fellowship. This fellowship funded by the US Embassy will send two young Filipino scholars every year to the United States to study national security and international relations,” he said.