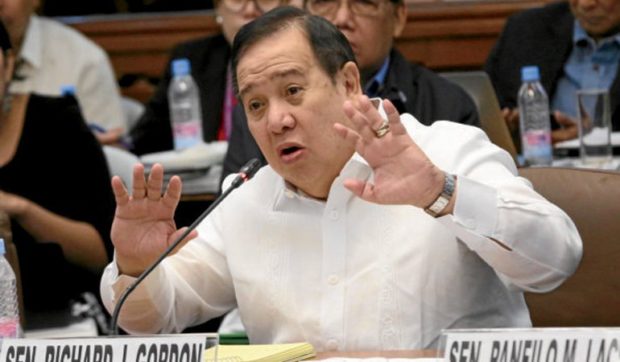 MANILA, Philippines — Sen. Richard Gordon questioned on Saturday the Iceland-backed resolution that urges the United Nations rights chief Michelle Bachelet to prepare a “comprehensive report on the human rights situation” in the Philippines.

“What can they do when they come here. We have the Commission on Human Rights. What are they doing? Aren’t we conducting hearings? What makes you think that if the UN people come here… I don’t think they can figure it out,” Gordon, speaking in Filipino, said in an interview over AM radio station DWIZ.

Gordon said the government, particularly the judiciary, should intensify its efforts to investigate the killings related to the Duterte administration’s drug war.

“What we need to do is we need to show that the government is functioning, that investigation is going on by the Committee on Justice, by the courts. Let’s show that we can solve the problem,” Gordon said.

If the government would not conduct an investigation, Gordon added, that would show “the weakness of our people.”