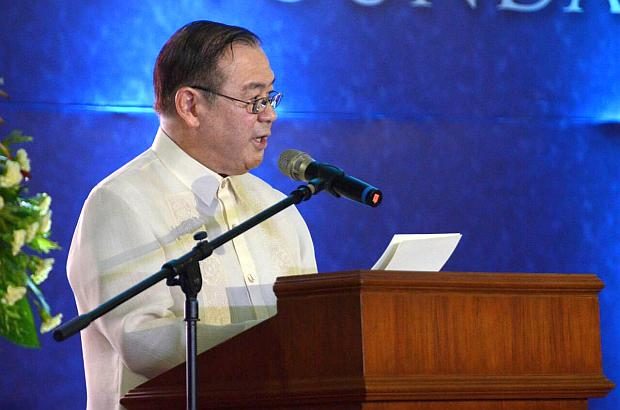 MANILA, Philippines — Foreign Affairs Secretary Teodoro Locsin Jr. warned that “consequences will be far-reaching” for those who voted in favor of international scrutiny on the alleged human rights violations in the Philippines.

“Actually no effect but for those who voted to insult us, the consequences will be far-reaching,” Locsin said over Twitter on Thursday after the United Nations Human Rights Council (UNHRC) adopted an Iceland-led resolution that would prompt the rights council to look into the human rights situation in the country, including the killings under the Duterte administration’s brutal drug war.

Actually no effect but for those who voted to insult us, the consequences will be far reaching. https://t.co/uPyNeDyQQQ

Locsin, likewise, pointed out that the resolution was approved by “a tiny minority.”

Eighteen out of the 47 member states of the UNHRC voted in favor of the resolution, 14 voted no, while 15 abstained.

“No effect. Such resolutions especially those passed by a tiny minority can and will be ignored. No consequences,” the foreign affairs chief said in a separate tweet.

“On the other hand, the initiative to insult the Philippines with the assumption without proof that it commits gross abuses there will be far-reaching consequences,” he added.

No effect. Such resolutions especially those passed by a tiny minority can and will be ignored. No consequences. On the other hand, the initiative to insult the Philippines with the assumption without proof that it commits gross abuses there will be far reaching consequences. https://t.co/dir5nhF1FW

‘A worse enemy to false friends’

Locsin, meanwhile, “refined” the Philippine foreign policy following the adoption of the resolution, which was backed by more than two dozen countries.

“Our foreign policy was summed up as being ‘Friend to all, enemy to none’,” he said in a statement which was read on his behalf at the 41st session of the UNHRC in Geneva.

“In the face of today’s changing realities, I refined this to ‘Friend to friends, enemy to enemies, and a worse enemy to false friends.’ We renew our solidarity with our true friends who have stood by us in this farce,” he further said.

“But we will not tolerate any form of disrespect or acts of bad faith. There will be consequences; far-reaching ones,” he added.

The resolution, submitted by Iceland on July 4 on behalf of its other co-sponsor states, formally asked High Commissioner on Human Rights Michelle Bachelet to prepare a “comprehensive written report” on the human rights situation in the Philippines and present it at the council’s 44th session.

The said resolution urged the Philippine government to “take all measures to present extrajudicial killings and enforced disappearances.”

It likewise asked the government to “carry out impartial investigations and hold perpetrators accountable” and to show cooperation with the UNHRC and Bachelet./ac