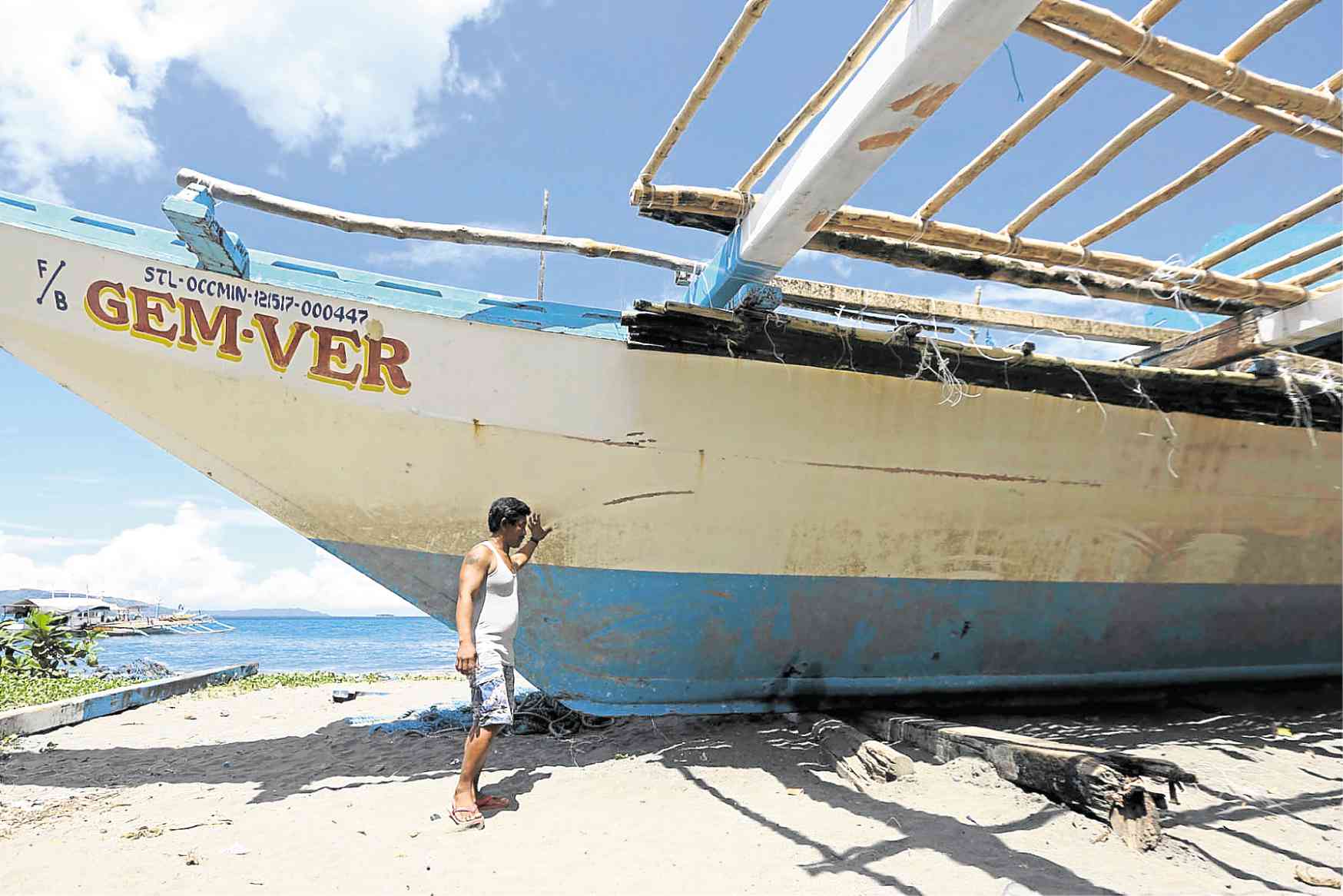 POACHERS’ VICTIM The Gem-Ver 1 beached at Barangay San Roque in San Jose, Occidental Mindoro, before a Chinese trawler struck and sank it in the West Philippine Sea on the night of June 9. The Chinese vessel was operating illegally in Philippine waters. —RICHARD A. REYES

The Bureau of Fisheries and Aquatic Resources (BFAR) on Thursday said it would fine the Chinese trawler that hit and sank a Philippine fishing boat at Recto Bank in the West Philippine Sea on June 9 if found poaching in Philippine waters at the time of the incident.

Demosthenes Escoto, BFAR legal division chief, told the Inquirer by phone that under the Fisheries Code, the agency could impose fines of $600,000 to $1 million on foreign vessels caught operating in Philippine waters.

Escoto said the BFAR was preparing a possible poaching case against the trawler from China’s Guangdong province, as it was operating in the Philippines’ EEZ when it hit the Gem-Ver 1.

The BFAR has sought help from the Department of Foreign Affairs to obtain information about the Chinese vessel, including the names of its owner and three highest officers and their addresses.

The information will enable the agency to bring a case against the Chinese trawler.

Escoto said poachers caught in the act were often towed and fined immediately by the BFAR.

The Yuemaobinyu case is different, however, because the trawler fled after hitting the Gem-Ver 1, leaving the Philippine boat’s crew to drown in the sea.

The Filipino fishermen were rescued by a Vietnamese fishing boat.

Under international maritime laws, Escoto said, only the flag state—in this case, China—has authority over an offending vessel that is in its registry.

The government has no plan to take action against the Vietnamese boat that rescued the Gem-Ver 1’s crew.

Agriculture Secretary Emmanuel Piñol earlier said a Cabinet group had agreed not to go after the Vietnamese vessel for poaching because of the goodwill shown by its crew in rescuing the Filipino fishermen.

The Philippine Coast Guard investigated the sinking of the Gem-Ver 1 and found that the Chinese trawler was not solely to blame for the incident.

Without a lookout, there was no one to call the oncoming Chinese vessel’s attention to the presence of a smaller boat on the water.

The small light must have been inadequate for the Chinese vessel to see the Philippine boat early and avoid hitting it.

Malacañang, however, said on Thursday that those circumstances did not reduce the liability of the crew of the Chinese trawler.

Presidential spokesperson Salvador Panelo said the Chinese crew were still liable for abandoning the Filipino fishermen in the open sea.

“They have to justify their action. The only justification would be their lives would be endangered. But I don’t think so,” Panelo said. —WITH A REPORT FROM JULIE M. AURELIO