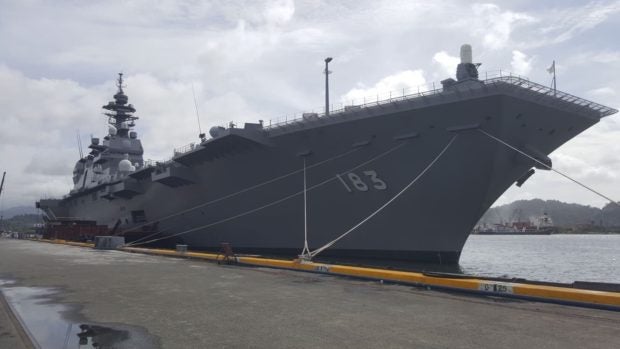 JS Izumo (DDH-183) docks at the Alava Pier in Subic Bay. It is the three Japanese warships that belong to Japanese Maritime Self-Defense Force Flotilla One. (Contributed)

The flotilla, belonging to the Japanese Maritime Self-Defense Force, is composed of three of Japan’s biggest military ships. One was a helicopter carrier.

At least 850 Japanese Navy officers and men were welcomed by Filipino counterparts at the Alava Pier here.

Philippine Navy officials said the Japanese maritime force was here for a series of “confidence-building measures.” They did not elaborate.