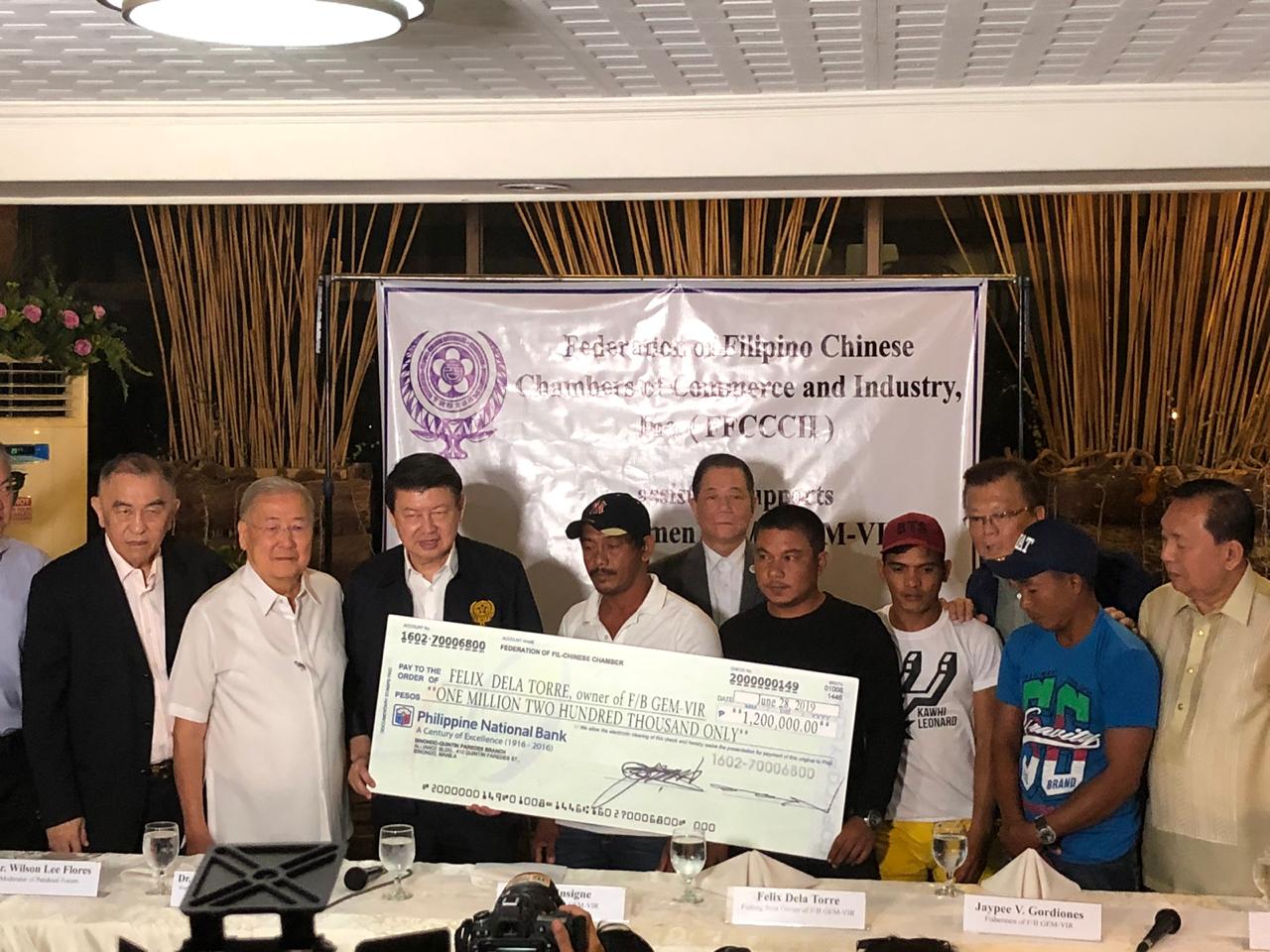 The Federation of Filipino-Chinese Chambers of Commerce and Industry Inc. (FFCCCll) led by its president Dr. Henry Lim Bon Liong, donated P1.2 million and 50 sacks of rice to the Recto Bank fishermen and P250,000 to the owner of F/B GEM-VER boat. INQUIRER.net photo / Noy Morcoso

MANILA, Philippines—The ramming of a Filipino fishing boat near Recto Bank in the West Philippine Sea has not become an issue for China, the President of a group of Filipino-Chinese businessmen said Friday.

(This has become a big incident here in the Philippines, but in China, for the businessmen there, it is not… they do not know what’s happening in Recto Bank.)

“It’s not an issue for them…Dito malaking ano sa atin dito [Here is has become a big deal]” he added.

Last June 9, 22 Filipino fishermen were left afloat in the open sea for hours after their boat was hit and sank by a Chinese vessel while anchored in the waters off Recto Bank. A Vietnamese ship later rescued them.

Recto Bank is within the Philippines’ 200-nautical mile Exclusive Economic Zone, which guarantees the country’s exclusive rights to the natural resources in the area.

But as far as trade relations between the two countries is concerned, Liong said the incident had no implications.

The FFCCCII handed over a donation worth P1.2 million for the rehabilitation of the damaged F/B Gem-Ver 1 and another P250,000 as livelihood assistance for the fishermen from Occidental Mindoro.

On top of this, the FFCCCII also pledged to allocate funds for the establishment of five public school buildings for the municipality of San Jose, Occidental Mindoro.

Long clarified that the assistance had “no strings attached” and in no way would affect the narratives of the fishermen as investigation of the Recto Bank incident is still ongoing.

READ: Fishermen get aid from Filipino-Chinese group with ‘no strings attached’

He also said that the Chinese government has nothing to do with the assistance given to the fishermen.